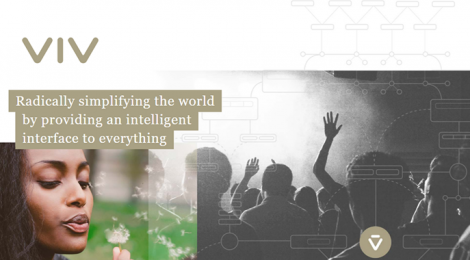 Voice-controlled assistance is seeing another evolution as it looks to prove its worth as the next shift in human-computer interaction.

Siri co-founder and CEO Dag Kittlaus has been quietly working on a much-anticipatedvoice assistant powered by artificial intelligence, machine learning and integrations with third-party services. This product is called Viv and, in a world-first, Kittlaus just gave the world a demo at TechCrunch Disrupt NY that shows off the power of what they’ve built with Viv.

Viv is an artificial intelligence platform that enables developers to distribute their products through an intelligent, conversational interface. It’s the simplest way for the world to interact with devices, services and things everywhere. Viv is taught by the world, knows more than it is taught, and learns every day.

Like with Siri, Viv wants to build a conversational and smart layer that lets you interact with various services.

Like with Siri, Viv wants to build a conversational and smart layer that lets you interact with various services. But Viv is taking everything one step further. It’s more personal, it’s more ubiquitous. More importantly, there’s a developer platform to add more services. A demo is worth a thousand words. Without further ado, meet Viv:

The live demo went off without any major glitches despite the laser-focused specificity of the queries all uttered onstage in front of an audience of hundreds.

Kittlaus began with a broad and oft-uttered question regarding what the weather was like today, but then quickly evolved his demands of Viv into ludicrously complex pointed inquiries.

“Will it be warmer than 70-degrees near the Golden gate bridge after 5pm the day after tomorrow?” Kittlaus asked onstage.

Viv was ready with an answer that time and to each of the bizarrely specific questions that would follow.

What stands as one of the clear strengths and differentiating factors of Viv as a platform is the open-armed welcoming of third-party integrations into the virtual assistant fray. Kittlaus called on Viv to pay a buddy $20 and all that followed was a tap of the pay button through a Venmo integration and, all of a sudden, his friend had been paid. 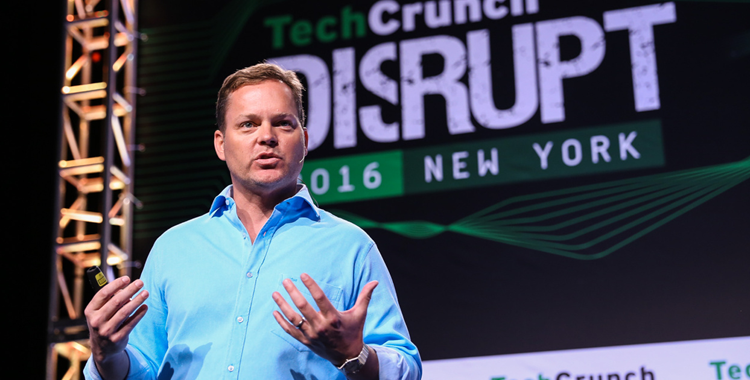 Indeed, Kittlaus specified that “perfecting the third-party ecosystem” will be critical to the soul of their mission. Kittlaus said that Viv would one day become a “primary source” for users.

A clear strength of the Viv platform was the “stackability” of inquiries. As opposed to short-term-memoried platforms like Siri, Viv was able to embrace follow-up questions without stuttering or gasping for context that was just said seconds before.

In an interview onstage with TechCrunch Editor-in-Chief Matthew Panzarino, Viv CEO Dag Kittlaus discussed what differentiated this assistant from the dozens of others.

Kittlaus detailed the real secret sauce of Viv was something called “dynamic program generation,” which allows the AI-powered assistant to understand intent and generate a program itself to best answer the query.

“Instead of having to write every code instructed, you’re really just describing what you want it to do,” said Kittlaus. “The whole idea of Viv is that developers can go in and build any experience that they want.”

Throughout the demo, mental comparisons to Siri were inevitable. What was initially hailed as a massive advance has grown a bit more maligned in recent years as complaints have piled on that Siri’s accuracy isn’t good enough to be relied on.

All of this is particularly interesting because Kittlaus co-founded Siri in 2007 after spinning the underlying technologies out of the Stanford Research Institute. He initially saw a future for Siri that looked quite similar to what he has envisioned for Viv. Though his company supported nearly 45 services when it first launched, Siri soon found a home on just iOS devices after Apple purchased the company for $200 million in 2010.

Viv has grown relatively stealthily over the past four years. The company raised $12.5 million from Iconiq Capital last year, a company that Forbes reported is backed by names like Facebook’s Mark Zuckerberg, Dustin Moskovitz and Sheryl Sandberg, Twitter’s Jack Dorsey, LinkedIn’s Reid Hoffman and others.

Kittlaus mostly deflected on the company’s rumored acquisition bids from Facebook and Google as reported by the Washington Post.  In response to an inquiry onstage about the identity of the potential suitors, Kittlaus responded, “Yeah you’ve heard about them, you can read about it probably.”

Kittlaus didn’t offer a ton of specifics on when people could expect to be asking Viv about the weather after 5pm near the Golden Gate Bridge, but he did specify that early integrations would be coming “later this year.”