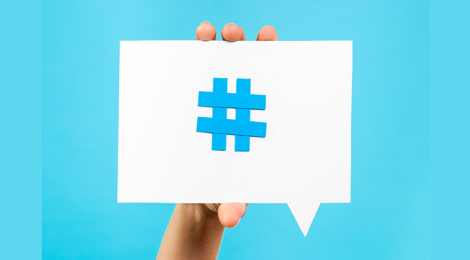 Peter Kivuti / May 10, 2016 / Comments Off on Deciphering the #Hashtag / Business, Campaigns, Entrepreneur, News, Projects, Technology, Work, WORLD
Y’all have been using the #HashTag in almost everything you post on social media, and it (the hashtag) has done what it is always expected of it, highlighted a context of interest on various forms of topics and discussions online. We should then agree that those short phrases with the #Hashtag preceding them are an integral way of communicating online, and it is important to use them.Kivuti

So What is a Hashtag?

A hashtag is a type of label or metadata tag used on social network and microblogging services which makes it easier for users to find messages with a specific theme or content. Users create and use hashtags by placing the hash character (or pound sign) # in front of a word or unspaced phrase, either in the main text of a message or at the end. Searching for that hashtag will then present each message that has been tagged with it.

Because of its widespread use, hashtag was added to the Oxford English Dictionary in June 2014.The term hashtag can also refer to the hash symbol itself when used in the context of a hashtag.

The # symbol, called a hashtag, is used to mark keywords or topics in a Tweet. It was created organically by Twitter users as a way to categorize messages.

Which characters can you include in a #hashtag?

For starters, spaces are an absolute no-no. Even if your hashtag contains multiple words, group them all together. If you want to differentiate between words, use capitals instead (#BlueJasmine). Uppercase letters will not alter your search results, so searching for #BlueJasmine will yield the same results as #bluejasmine.

Numbers are supported, so tweet about #50ShadesOfGrey to your heart’s content. However, punctuation marks are not, so commas, periods, exclamation points, question marks and apostrophes are out. Forget about asterisks, ampersands or any other special characters.

Keep in mind that the @ symbol does something completely different. Using @ before a person’s Twitter handle will tweet at him directly, letting him know you have written to him via the @Connect tab. A hashtag will not. Sometimes users will hashtag a celebrity’s name instead of using her Twitter handle — it is acceptable to tweet #Lorde or @lordemusic. But if you are trying to reach someone directly, don’t use a hashtag.

There is no preset list of hashtags. Create a brand new hashtag simply by putting the hash before a series of words, and if it hasn’t been used before, voilà! You’ve invented a hashtag.

Most major social media platforms support hashtags. These include:

When you search for a hashtag on Twitter, there are three ways to filter the results. The “Top” option displays the most relevant and popular posts, including those from users you don’t follow. “All” shows you every tweet that uses the specific hashtag in real time, and “People you follow” will only display results from users you are following.

Facebook: Facebook only recently added hashtag support in June 2013, and the practice has not picked up much steam. Nevertheless, clicking on Facebook hashtags will take you to a list of posts containing the same hashtag. The results are not limited to people you know.

Instagram: Hashtags can be used to complement photos shared on Instagram and help you discover new accounts and pick up followers. Some hashtags were created specifically for Instagram photo challenges — #ThrowbackThursday, for example, encourages users to post retro photos. Vine uses hashtags in the same way — try accompanying each of your Vine videos with at least one hashtag to maximize shareability.

Google+: When you click on a hashtag in Google+, the search results will include the original hashtag as well as posts with similar tags and keywords. Google search results display on the left side of the page, while hashtag results from within Google+ appear on the right. Google also gives you the option to search within Facebook or Twitter.

Tumblr: Tumblr posts have a special “Tag” section where you can enter tags. These tags function like Twitter hashtags, organizing posts by topic, but the hash symbol is inserted automatically. Hashtags included in the main body of a post are not transformed into links.

Pinterest: Use Pinterest hashtags to mark and search for content. Click on the hashtag in a pin description to navigate results that contain the exact hashtag, plus pins with the same word or phrase in the description.

Curious which hashtags are trending across social media? Hashtags.org tells you which tags are hot in real time.

KayTouch Solutions is a #websitedesign and Development Agency. We develop Custom websites! pic.twitter.com/rjIn8NJFLC

Beyond simply organizing your tweets, Twitter hashtags can help you craft your voice while joining in a larger discussion. You can use multiple hashtags in one tweet, but don’t go overboard. One to three is generally an acceptable range.

Many major brands now have Twitter accounts, and some choose to create hashtags to promote specific events or campaigns. If you want to use Twitter as part of your business strategy, here are a few tips to keep in mind:

Consolidate your tweets: Choose a specific account that will represent your brand or business. Set up a business account, or designate one employee to tweet on behalf of the company. That way, users can find all of your tweets in one place.

Use relevant hashtags: See what hashtags other businesses in your field are using. If you’re promoting cheap airfare, you will want to use hashtags like #CheapTravel and #FlightDeals so users will find you when they search for those keywords.

Follow trends: See what hashtags are trending and make use of them — if they are relevant to your business. Using a popular hashtag that has nothing to do with your brand (for example, including #MileyCyrus in a tweet about cheap airfare) makes you look like a spammer and will hurt your credibility.

Create your own hashtag: If you want to create a special hashtag for an event or campaign, select one that hasn’t been used before and remind everyone to use it in related tweets. Be sure to include the hashtag in any promotional materials. Make it informative but short-for example we use #KaytouchBusiness to talk or blog about business and entrepreneurship on our social media platforms.

Generate buzz: Creating a contest, raffle or promotion is a great way to get Twitter talking about your brand. Users will be more likely to retweet your hashtags if they know they might win a prize by doing so. For instance, if you’re promoting a new confectionery shop called Candy Land, get Twitter buzzing by offering free treats to users who tweet #CandyLandPromo.

Remember, your hashtag’s visibility will depend on your privacy settings. If your Twitter account is private, only those authorized to see your tweets will have access to your hashtags. If you are using hashtags to increase your brand’s exposure, make sure your tweets are set to Public.

Twitter has a helpful list of best practices for using hashtags, but here are three key tips for all users:

Be specific: If you’re using a hashtag to join a conversation, make sure the hashtag is specific and relevant to your topic. If you’re talking about Obama’s health care plan, use #Obamacare instead of simply #Obama. A vague or generic hashtag like #health or #opinion isn’t effective either.

Keep it simple: Hashtags, like links, look like spam if they are used too often. Three hashtags should be the maximum on Twitter and Facebook, but you can get away with more hashtags on Instagram and Vine. And don’t hashtag the same word twice (“#Gravity is a great movie! Everybody go see #Gravity”). It’s #redundant.

Give context: A tweet that contains only hashtags is not only confusing — it’s boring. If your tweet simply reads, “#happy,” your followers will have no idea what you’re talking about. Similarly, if you tweet, “#BreakingBad is #awesome,” you’re not really adding much to the conversation.

If you want to know more about hashtags or need help in creating and pushing hashtags for your interests, do  not hesitate to get back at us or commenting below.