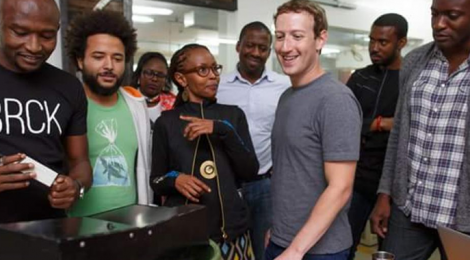 On his surprise tour of tech hubs in Africa, Mark Zuckerberg has made a pit stop in Nairobi. Announcing his arrival on Facebook, he described talking with entrepreneurs working out of the tech space, the iHub, anddining on ugali and tilapia with Kenya’s cabinet secretary of information and communications.

“I’m here to meet with entrepreneurs and developers, and to learn about mobile money—where Kenya is the world leader,” he wrote. 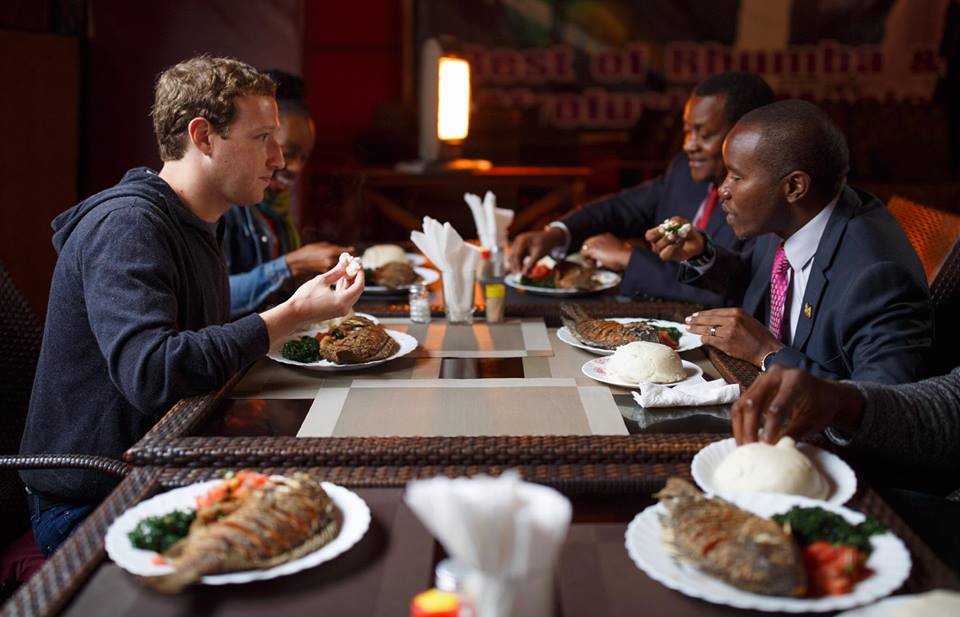 Mark Zuckerberg at Mama Oliech’s enjoying fried tilapia and ugali, a local delicacy. with him is Joseph Mucheru, the Kenyan Cabinet Secretary of Information and Communications. The meal involved talks of connecting everyone in Kenya to the internet.

His Nairobi tour started at iHub, where entrepreneurs can build and prototype their ideas. He was fascinated by two of the engineers Fausto and Mark who have designed a system to help people use mobile payments to buy small amounts of cooking gas, which is a lot safer and better for the environment than charcoal or kerosene. “It’s inspiring to see how engineers here are using mobile money to build businesses and help their community” zuckerberg noted.

Zuckerberg’s unannounced tour, his first time in sub-Saharan Africa, is a sign of his growing focus on the continent. He arrives after a two-day visit to Lagos, Nigeria, where he visited an accelerator, met with startup founders, and went jogging.

The Chan Zuckerberg Initiative founded by Zuckerberg and his wife, invested $24 million in Andela, a Lagos start-up that trains and outsources local software developers. Facebook’s Internet.org campaign, to bring free internet to the poor, is also heavily focused on Africa.

Nairobi makes sense as Zuckerberg’s next stop. It is home to the world’s largest mobile money platform, M-Pesa, the crowdsourced disaster mapping platform Ushahidi and companies like M-Kopa, a solar company that sells power to the rural poor on credit, or Bridge International, a controversial for-profit school chain that the Facebook co-founder supports.

Mobile money in Kenya, which allows mobile phone users to send or receive money, undergirds much of the country’s economy from banking and credit scoring to sports betting. For the first six months of this year, 1.59 trillion Kenyan shillings (about $20 million) flowed through mobile money platforms.