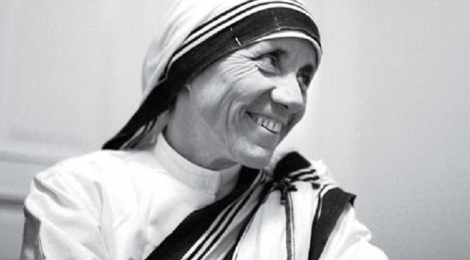 Mother Teresa Canonized as a Saint by Pope Francis

Mother Teresa was the founder of the Order of the Missionaries of Charity, a Roman Catholic congregation of women dedicated to helping the poor.

She was known throughout the world as Mother Teresa, considered a saint by many for her charitable work among the poorest of the world’s poor. On Sunday morning, Pope Francis officially bestowed that title at her canonization ceremony in St. Peter’s Square.

Mother Teresa, the nun who devoted her life to the impoverished and one of the Catholic Church’s most iconic figures, was canonized as a saint on Sunday 4th 2016.

Saint Teresa of Kolkata, as she is now known, was canonized by Pope Francis in front of about 120,000 faithful at the Vatican.

The Nobel Peace Prize winner, who died in 1997 and was famed for her work with the poor in India — but fiercely criticized by some — was praised by Francis as a “generous dispenser of divine mercy.”

“Her mission to the urban and existential peripheries remains for us today an eloquent witness to God’s closeness to the poorest of the poor,” the pope said.

“Today, I pass on this emblematic figure of womanhood and of consecrated life to the whole world of volunteers: may she be your model of holiness.”

Born in 1910, in Skopje, Macedonia, Mother Teresa taught in India for 17 years before she experienced her 1946 “call within a call” to devote herself to caring for the sick and poor. Her order established a hospice; centers for the blind, aged, and disabled; and a leper colony. In 1979 she received the Nobel Peace Prize for her humanitarian work. She died in September 1997 and was beatified in October 2003. In December 2015, Pope Francis recognized a second miracle attributed to Mother Teresa, clearing the way for her to be canonized as a saint on September 4, 2016.

follow
Latest posts by Peter Kivuti (see all)
Tags: Mother Teresa
← Mark Zuckerberg visits the Home of Mobile Banking-Kenya
A Conversation between Elon Musk and Mark Zuckerberg about a rocket →