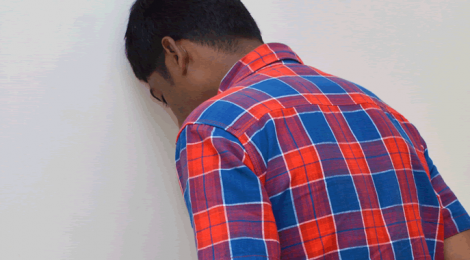 Peter Kivuti / July 28, 2016 / Comments Off on Giving up Sucks / Business, design, Entrepreneur, News, Work, WORLD
There is nothing in life more draining than giving up on something that you really believed in and had passion about-or someone. It really sucks.

The, I wish I knew, should have, could have or would have are phrases I was trained not to encourage in my life by my dad from a very tender age.

My growing up was normal, there was no special thing about it, except the fact that I was always overwhelmed by the fact that I want to make a huge change in my family’s life and the world at large. Even at this age, I dare to keep the faith that, I maybe or already I am, part of a process that is focused on really making the world a better place. That begins with me, so what I put my mind into, I cannot give up on it though as a normal person the thoughts of just ‘hanging the boots’ and moving on crosses my mind often and rapidly but I cannot give up, it really sucks, I know for a fact, been there, done that.

The fear of failure is enough to lead someone with a great idea, to just stop dreaming and building. But, giving up is just the first part what follows; in most cases are feelings of being unworthy. There is an obvious panic, that the future is marred and that everyone is going on and you are left stuck!

It is always very easy, when that light bulb is turned on in your mind and you share with people your ambition, what you want to do. You move on to creating your own vision boards and write down the goals you want to achieve, you rehearse presentations and declare affirmations in front of a mirror and constantly reassure yourself that you have a killer idea. Then the challenges come, the presentations did not go as you planned, something was left out on your pitch deck, and the anomalies are laid before you-and that is where most people stop!

Challenges present within us an opportunity to be great in what we are doing or what we want to do, they are not red-flags signaling at us to bail out.

Some few years back, I had an opportunity to participate in a pitch deck for some seed money to help me take my business to another level. I was already in business, before this time, and I was sure I had a great solution to solve a problem for people. I had learnt much about the business model I wanted to bring to the market, but during the pitch deck I was faced with a myriad of questions that posed a great number of anomalies.

It was the first time I was pitching an idea to people that were not my friends or family and I realized that I had a great deal of work to do because, out there existed ideas already in business and doing really good than even what I thought I was bringing ‘new’ into the industry.

Leaving that room I was broken and emotional. Before this, I had given up seeking for employment and chose to pursue business. During this time (after the pitch deck) I really felt that I had let myself down, I felt that I should have stuck to my 9–5 job but above all, the most scary thought and feeling was that, I could not come up with a product that could compete out there, that was wrong and for a moment I gave up, it really sucked.

So one day I woke up, picked up the pieces (in this case, the business idea I had) including the anomalies that were raised in that pitch deck, laid them out on the floor and stared into them, thinking how do I turn this moment to a rewarding business. I did like anyone else would have done, I analyzed mySWOT (Strength, Weaknesses, Opportunities and Threats) and came up with a plan to develop my business from the bottom up! I chose to focus on the niche of my business, something that I was good at and would provide some income while I built the energy, infrastructure and knowledge to get to the core of my business which is in Concept Development and Idea Engineering (believe me, I am still on that journey, but the progress has been very rewarding and fulfilling).

Edison once said, “I have not failed. I’ve just found 10,000 ways that won’t work. I am not discouraged because every wrong attempt discarded is another step forward.”

Einstein didn’t speak until he was 4 and didn’t read until he was 7, after which he went on to win the Nobel Prize and become the face of modern physics.

Van Gogh only sold one painting in his lifetime, and that was to a friend. Even so, he kept painting and finished more than 800 pieces. His most expensive painting today is valued at $142.7 million.

J. K. Rowling was famously rejected by 12 publishers before Harry Potter and the Philosopher’s Stone was accepted.

Walt Disney, according to legend, was turned down 302 times before he got financing for creating Disneyland.

So if you can imagine if these great men, had given up on their ideas, Life would have been boring and for them, it would have really sucked! 

So before you think of quitting;

Anything great is worth fighting for.

3. Remember it’s not over till it’s over.

Some people fold after making one timid request. Don’t be that person. Do all you can to succeed, even when the odds are against you. Even if it’s late in the final inning, you can still win it — unless you quit.

Negative thoughts create negative results. Do what you can to turn it around and replace negativity with positive thoughts.

You can’t always control the results. But you own your efforts, your ideas, and your perseverance against obstacles.

Everyone makes mistakes and goes through rough patches. But if you learn from the things that go wrong you can redeem your failures. It’s not about avoiding adversity, but knowing how to handle it.

7. Believe in second (and third and fourth and fifth) chances.

One of our principal missions in life is to figure out what we really want and go after it with a vengeance. So before you quit everything or give up on anything remember that, while you can never go back and start a new beginning, you can always start now and make a new ending.

I Really hope this article helped you and I will appreciate your comments and feedback.