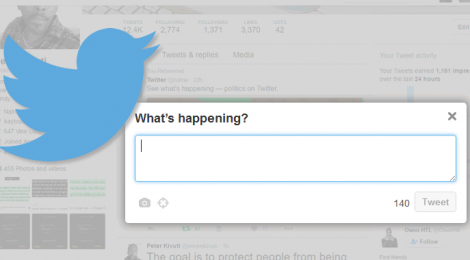 Twitter has launched a new ad Campaign ‘See whats happening’ because it feels that people still do not understand Twitter! It(the campaign) is to get people to know why they should actually use twitter.

A few months ago, twitter went out to understand more deeply the perceptions of Twitter around the world. As they dove into this research, some interesting trends emerged.

First, ninety percent of people globally recognize the Twitter brand. Ninety percent! That’s a testament to all the people, companies, news outlets and public figures who use Twitter and make it as powerful and far-reaching as it is today.

It was clearly visible that who use Twitter do so because they know exactly what Twitter is for and why it’s important in their lives. The majority of people who use Twitter find it the best and fastest way to see what’s happening.

But what about the people who know the brand but don’t use Twitter?

First, most don’t know or simply misunderstand what Twitter is for – many think of Twitter primarily as a social network, a place to find and connect with friends and family members. Second, they think that if they have to use Twitter, they are “supposed to Tweet every day” and don’t think they would have that much to say.

This drove twitter to realise that they had some explaining and clarifying to do!

So twitter is deliberately taking steps to express what they are for and what they have always been.

Twitter is where you go to see what’s happening everywhere in the world right now. From breaking news and entertainment to sports and politics – from big events to everyday interests with all the live commentary that makes Twitter unique. In the coming days and weeks, Twitter will be rolling out marketing including videos and digital ads that center around seeing what’s happening on Twitter. Here are two examples:

Twitter are actually  introducing a new look and feel in their marketing that reflects the people around the world who make Twitter what it is, highlighting the diversity and expressiveness in all its color and vibrancy. Everything that happens on Twitter is about people, and how they interact with each other.

follow
Latest posts by Peter Kivuti (see all)
Tags: Twitter
← Computers will require more energy than the world generates by 2040
Giving up Sucks →