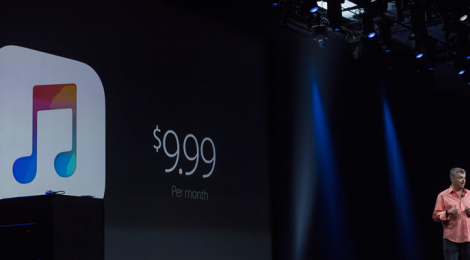 Things You Need to Know About Apple Music

Apple Music is finally available. With it Apple enters the subscription streaming music game against power players Spotify and Rdio—something the once-kings of digital music have avoided until now. The service was announced a few weeks ago at the World Wide Developers Conference, but the details have been a little confusing. Don’t worry. Here are the seven things you need to know to get going as soon as you update your iPhone.

Apple Music launched on Tuesday, June 30. Ian Rogers, senior director of Apple Music, has tweeted that users should update their iPhones at 11 a.m. East Coast time to get Apple Music  as quickly as possible. An hour later, at noon East Coast time, Zane Lowe will kick off the Beats 1 radio broadcast from Los Angeles.

Apple Music will cost $9.99 per month or $14.99 monthly for a family plan that can accommodate up to six users. As with Spotify and Rdio, this includes offline listening and unlimited streams from the Apple Music library. There is no free tier for on-demand music. Apple is offering a free trial for the first three months, though, to lure established users to switch from competitors. (In case you’ve been living in a cave, artists will get royalties thanks to Taylor Swift’s not-so-flexible request.)

Meanwhile, Apple Radio (including the flagship Beats 1 station) is free to anyone who can sign in with an Apple ID. It will include advertisements. An Apple Music membership adds unlimited skipping ability.

ITunes is not dead. I repeat, iTunes is not dead. You’ll still see that little purple iTunes Store icon on your iPhone, whether you want to or not. Customers who still prefer to buy their music one $1.29 track at a time won’t have to change a thing. Everything you already own on iTunes will be seamlessly integrated into your Apple Music library, so you don’t have to rebuild your collection from scratch—even that embarrassing album you bought back in 2007 that you don’t want any more. (For now, you’re stuck with it.) 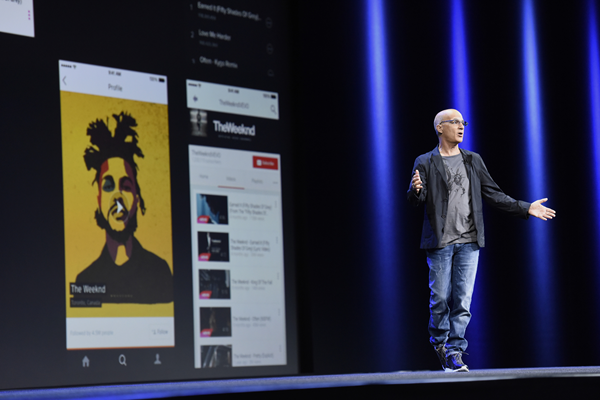 Not everything available on iTunes is available as part of your monthly subscription. It’s still available on iTunes; if you buy it separately, you can stream it, download it, and play it wherever you like. The experience will be seamless, and you won’t really notice after an initial purchase that it’s any different from music you don’t own. Google Play already does this, but it’s important to note that we won’t really know what’s in and what’s out until the service launches. There will be over 30 million songs at launch, but whether any of those are by the Beatles or Led Zeppelin—two streaming hold-outs—remains to be seen.

Um. Good question. The details of the hyped Connect tab in Apple Music are still cloudy, but it’s essentially a feed in which artists can share multimedia content, users can comment on the content, and artists can comment in response. You follow the artists you want. Any artist, big or small, can get verified and have a Connect account on which they can directly post. Ideally, this offers a way for artists and fans to interact in a casual, low-stakes way. At worst, it’s a closed-off version of Tumblr that’s clawed its way into your music player. Acoustic versions of yet-unreleased songs? Yes, please. A bunch of blurry selfies in dark places? Hard Pass.

Apple Music has doubled down on little features in an attempt to separate it from the very crowded pack. Of the less forgettable ones, there’s a bubble-filled interface, reminiscent of the Beats Music app (under the Discover tab), which lets you select genres and artists that you like to varying degrees; Apple Music will then make playlist and album recommendations accordingly. You can also ask Siri to “play the hits from 1982” or “play more songs like this.” Even if these work as well as Apple suggests, they aren’t going to be what gets you to switch from Spotify over the long term.

If there are two words that Apple Music is betting everything on, it’s “human curation”—the idea that its streaming service has better taste than those of competitors. You can see it in the Beats 1 radio station playlists assembled by actual people, instead of by algorithms, and in collaborations with Pitchfork and Rolling Stone.

There’s lots of handwringing about whether or not a human can make a better playlist than a program can, but that’s not the point: There’s culture that surrounds art compiled by human beings that doesn’t come into play via algorithmic lists of songs. (It’s one reason we’ve always loved Songza.) Apple wants you to think of Apple Music as a place to learn about music and to experience music culture, not just to listen to songs on demand. Whether that’s what listeners want is another story.