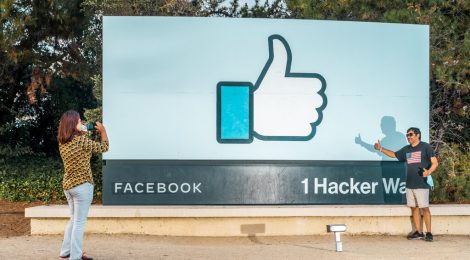 You must have experienced the Facebook outage that has just recently been solved if you are reading this.

It was a surprise to many that on Monday 04 October 2021 Facebook which owns Instagram and Whatsapp had a major outage for almost 6 hours. Facebook said its engineers determined the problem originated with a networking issue that interrupted communications between its data centers.

The networks went down shortly before noon Monday; WhatsApp employees were even locked out of their own conference rooms.

All three platforms, owned and operated by Facebook Inc., based in Menlo Park, California, went out of service at 11:39 a.m. ET. By around 6 p.m. ET, users of all three platforms reported that some service had been restored, but full functionality remained elusive well into Monday evening.

Facebook issued a statement late Monday apologizing for the outage and saying that no user data had been compromised. The company attributed the blackout to a “faulty configuration change.”

Our services are now back online and we’re actively working to fully return them to regular operations. We want to make clear at this time we believe the root cause of this outage was a faulty configuration change. We also have no evidence that user data was compromised as a result of this downtime.

CEO Mark Zuckerberg, in a Facebook post at 6:54 p.m. ET, also apologized. “Sorry for the disruption today — I know how much you rely on our services to stay connected with the people you care about.”

The company’s chief technology officer, Mike Schroepfer, took to Twitter to apologize — as did WhatsApp and Instagram.

Facebook services coming back online now – may take some time to get to 100%. To every small and large business, family, and individual who depends on us, I’m sorry.

A Facebook employee said it appeared to be a problem with the Domain Name System, the “phone book” of the internet, which computers use to look up individual websites.

“I wish I knew. No internal tooling, DNS seems totally borked. Everyone is just sort of standing around,” the source said. “No reason at this point to suspect anything malicious, but the outage is affecting pretty much everything. Can’t even access third-party tools.”

When the apps used by billions of people worldwide blinked out, lives were disrupted, businesses were cut off from customers — and some Facebook employees were locked out of their offices.

Even so, the impact was far-reaching and severe. Facebook has built itself into a linchpin platform with messaging, livestreaming, virtual reality and many other digital services. In some countries, like Myanmar and India, Facebook is synonymous with the internet. More than 3.5 billion people around the world use Facebook, Instagram, Messenger and WhatsApp to communicate with friends and family, distribute political messaging, and expand their businesses through advertising and outreach.

Facebook is also used to sign in to many other apps and services, leading to unexpected domino effects such as people not being able to log into shopping websites or sign into their smart TVs, thermostats and other internet-connected devices.

The outage added to Facebook’s mounting difficulties. For weeks, the company has been under fire related to a whistle-blower, Frances Hauge, a former Facebook product manager who amassed thousands of pages of internal research. She has since distributed the cache to the news media, lawmakers and regulators, revealing that Facebook knew of many harms that its services were causing, including that Instagram made teenage girls feel worse about themselves.