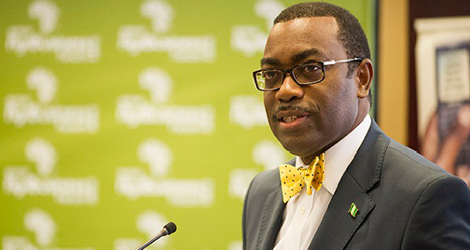 After being elected president of the African Development Bank, the hard work leading the continent’s premier development institution is just beginning for Akinwumi Adesina.

Three weeks after officially assuming the office, the former Nigerian minister for agriculture was in New York City for the UN General Assembly’s annual meeting in September, one of his first stops on an initial five-year stint to plot, encourage, and lobby for Africa’s economic renaissance.

From the implementation of the Global Goals (successor targets to the Millennium Development Goals) to the economic headwinds such as falling oil prices and the slowdown in China buffeting Africa’s economies, his stewardship of the bank looks set to coincide with a critical phase of Africa’s development.

Speaking to African Business on the sidelines of the African Leadership Forum, Adesina says that the continent’s challenges are formidable – and fires off a warning shot for governments comfortable with an outdated growth model.

“The nature of Africa’s growth has been largely dependent on the export of primary commodities. While that has been fantastic for Africa in terms of economic growth, the challenge is that it has also given the giant a weakness,” he says.

Adesina argues that this long-standing dependence on raw materials has left Africa exposed to the peaks and troughs of Chinese demand. The evident side effects – a decline in foreign exchange reserves, inflation, the devaluation of currencies and an inability to service debts – mean that an alternative growth model must be found without delay, he says.

“What I don’t accept is that African countries should continue to export raw materials. We’ve been doing that for ever. And we have these cyclical patterns all the time,” he says.

Tinkering with the bank’s loan strategy will not be enough, he argues – the AfDB must get serious and formulate a broad-based industrial renaissance ruthlessly targeting value addition.

“At the AfDB I want us to focus on industrialisation, and it means that we want to actually get African countries to process, add value, whether it’s to agricultural commodities, minerals and metals, oil and gas – Africa should be adding value to every single thing.” 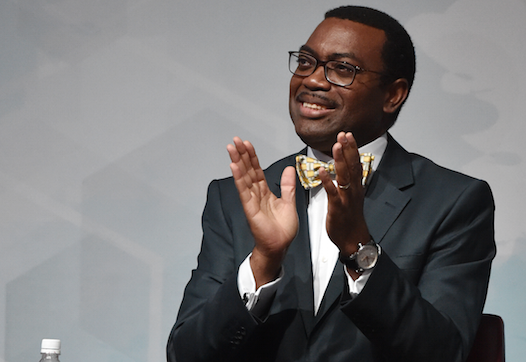 Such transformative policy pronouncements are not unusual for a man who made his name tearing up the old order in his native Nigeria. In a much-praised stint as the country’s agriculture minister, Adesina set about dismantling state monopolies in supply industries, slashing the country’s import bill and building value chains for key crops.

The question now is whether this reformist zeal – fuelled by a belief in the transformative power of the private sector and bold policy implementation– can translate to an institution which has settled into established ways of doing business under the decade-long presidency of Donald Kaberuka.

Adesina admits that if lofty ideals are to turn into workable policy goals, the bank and its staff will have to adapt to new ways of doing business.

Wherever you have an institution, a number of changes are needed. First and foremost is a change of direction. It’s not a total change of direction but an enhanced focus on areas we can have an impact in. I call it refreshing our strategyAdesina Akinwumi

Adesina says that the bank’s convening power could prove as valuable as the loans and technical assistance that it will continue to offer. The testing ground for this strategy will be his first major initiative as president – a personal crusade to improve Africa’s dire energy output.

Years before burnishing his academic reputation with a string of senior positions at the Rockefeller Foundation, Adesina was one of millions of Nigerian students toiling under the uneven glow of lamplight.

“I went to a village school, I studied for my O Levels using candles and lanterns, and that was 1974. And kids are still doing that today,” he muses.

With a politician’s persistence and an academic’s aptitude for figures, Adesina reels off a list of statistics which reveal how Africa remains stranded with a power generation capacity roughly equal to that of Spain. 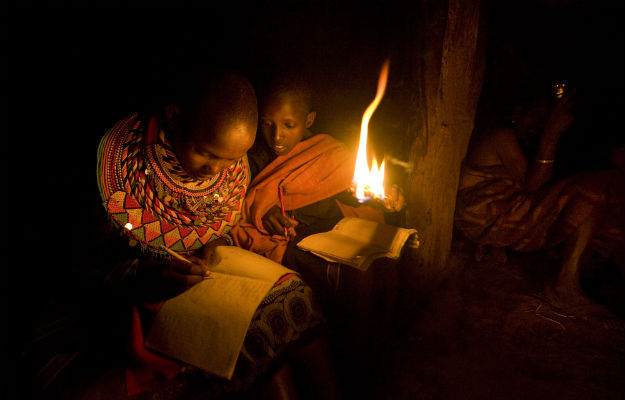 “We have to be brutally honest with ourselves on the issue of energy. We have gotten so used to a bad thing that it looks normal. It’s not normal not to have power,” he insists.

The knock-on effect of this shortage – which impacts everything from the education prospects of children to building up a manufacturing base – have led Adesina to place his “new deal for energy” right at the heart of his reformist vision for the continent.

In short: get power right, and the rest will follow.

“Once you have energy working you release the power of the private sector massively. Africa needs to industrialise and the key to solving that is solving Africa’s energy problem and other infrastructural challenges,” he says.

That new deal is rooted in the kind of high-level diplomacy that Adesina intends to make the hallmark of his tenure. The president plans to work with former UN Secretary General Kofi Annan to rally heads of state to the banner of comprehensive energy reform – a task to which policymakers have previously proved unequal.

The strategy, Adesina says, will be grounded in more than the usual public displays of back-slapping. The AfDB will significantly up its level of investment in the energy sector, while countries themselves will also have to commit to increasing the share of GDP they spend on power.

The support of outside agencies – Adesina cites Barack Obama’s Power Africa and several European bilateral initiatives – will also be crucial. But most importantly, countries will have to finally push through the kind of difficult reforms which they have grown so adept at avoiding.

“It’s very important to now deal with the issue of reforms. Utilities have to be reformed, the subsidy regime has to be changed and there have to be cost-reflected tariffs so that when the private sector invests in the energy sector they know that they can have a high rate of return. There has to be big political will,” he argues.

Adesina insists that countries are finally ready to take that step and make the political sacrifices necessary to push through domestically unpopular reforms. If those conditions are met, he hopes that Africa’s ambition of achieving universal access to energy could be bought forward by five years to 2025.

“When we had a high-level meeting in Abidjan last week, the President of Benin came in just because he wanted to show his political commitment. Everywhere we go they say they are delighted that the AfDB has stepped up to the plate on energy. It’s a unique opportunity to do something transformational and scaled, and my own conviction is that African governments are ready for that.”

Thanks to an uncanny piece of timing – not to mention years of hard work by civil society, policymakers and the wider development community – the very reforms advocated by Adesina are finally finding their way to the top of the international agenda.

World leaders who rarely find common cause on bilateral issues – from US president Barack Obama to Iranian president Hassan Rouhani – delivered speeches to the General Assembly giving their fulsome support to the implementation of the Global Goals.

During a side event at the UN, attended by Adesina and hosted by the United Nations Industrial Development Organisation, the leaders of Nigeria, Ethiopia and Zambia lined up to give their full support for the new focus on industrialisation.

For Adesina, that bilateral support and long-term framework provided by the goals offers a vital injection of momentum to his own reform agenda, particularly around private sector development.

With their references to economic growth, full employment and sustainable industrialisation, Goals 8 and 9 of the SDGs hint at a far more active role for private enterprise than that afforded by the notoriously business-shy Millennium Development Goals.

And Adesina argues that the AfDB is well-placed to aid the process by helping civil society and the public and private sectors to deliver “actionable plans that can be financed”.

“The SDGs are actually much better than the MDGs in a sense that this time it’s not just about poverty reduction, it’s really about how you create growth in a way that is sustainable.

“It also has a role for critical things in terms of the private sector, infrastructure, and the need to deploy innovative instruments to leverage domestic finance into development…the AfDB fully buys into the Goals,” he says.

When making public appearances, Adesina has all the qualities of a technocrat, but this masks evidence of a deep personal connection with his mission which becomes particularly apparent when he speaks on the issue of Africans migrating to Europe.

“The situation of migration is one that I find particularly emotionally heart-wrenching. When I went to Gorée in Senegal, I stood there at the door of no return, and this was where everyone used to go from involuntarily.

“Today you look at our young people, and the heartland of Africa bleeds as people leave voluntarily in search of what they can find in Europe, and many die in the Mediterranean. It’s a very distressing thing and something which must change. We are going to take leadership on this.” 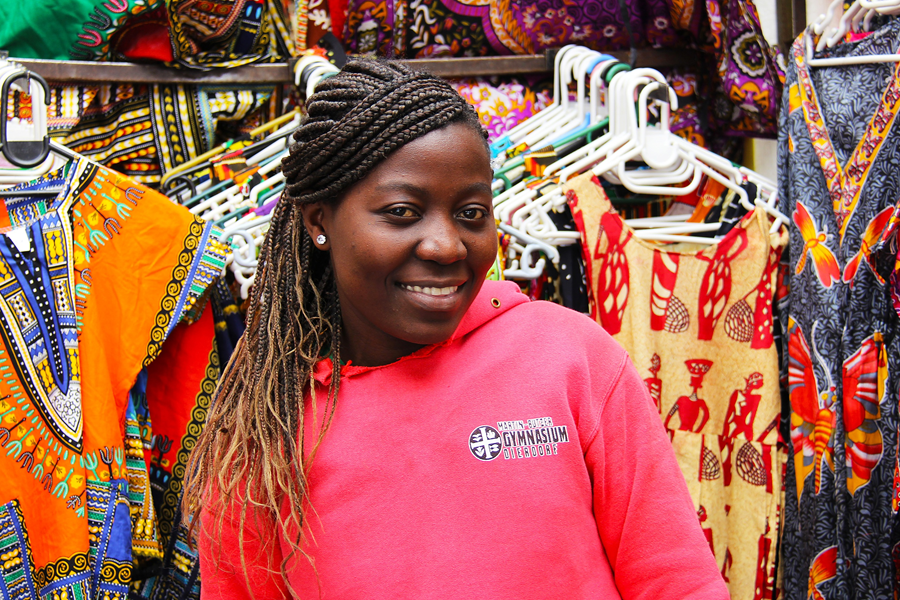 Adesina says that the institution will be working with the European Union and other African countries on more concrete proposals for dealing with the crisis.

The challenge still remains that we’re growing but not growing enough to create jobs…it’s like a jobless growth situation we’ve had.

The challenge still remains that we’re growing but not growing enough to create jobs…it’s like a jobless growth situation we’ve had.

It is clear that many of the projects the bank will undertake over the next five years will be ranged against this problem – from enabling Africa’s industrialisation to replicating Adesina’s successful Nigerian agriculture overhaul.

If he can make a significant dent in joblessness over the course of his five-year term, he will have done well.

But as he crisscrosses New York for a week of meetings to make that happen, Adesina knows that the AfDB’s remit – and the extent of his influence – is ultimately what he makes of it.

“[We want to] light up and power Africa, feed Africa, integrate Africa, industrialise Africa and improve the quality of life,” he says with a grin.

The work is only just beginning.