Menu
Browse: Home   /   Why You Should Take a Sabbatical from Creative Work! 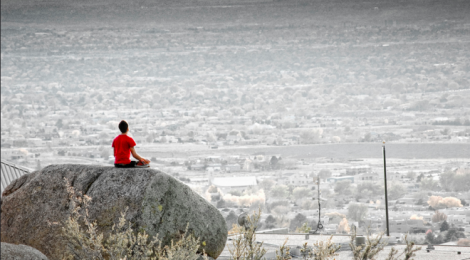 Why You Should Take a Sabbatical from Creative Work!

I have actually been like on ‘recess’ for like 2 weeks! I had a friend come all the way from Baltimore, Maryland on holiday. We both have been busy for a while on various projects and since he came for that sabbatical, I decided I hope onto the wagon. Its really great coz it has actually re-energized me in many ways and I think it will be appropriate to share with other creatives why we actually need the sabbatical.

Most creative people have been indirectly taught that we must suffer for our art and prioritize it above all else, as the greats before us have done.

The general consensus is that creatives should constantly be working on their art but that kind of mentality can be detrimental to your work.

Although practice can make perfect there are important benefits in taking breaks from your endeavours and re-filling your creative juice stores.

It gives you distance from whatever project you’re working on

Creative projects have wildly varying parameters. Some projects are small and can be completed in a few hours and other projects can take months or years, even just in the planning phase.

If you’re working on a long term project, planning a sabbatical might well save your sanity as well as your finished work.

It’s commonly said that too many cooks spoil the broth but an obsessive cook is highly capable of spoiling the broth on his own.

Sometimes you just need to step away from your creative pot and it let it simmer on its own for a while.

Creative burnout sounds like a modern buzz word, but it does exist and it shouldn’t be ignored. Most creative professionals are in fields where they had a deep love for their chosen medium in childhood.

Writers are usually grown up kids who loved English and designers often spent their childhoods with their noses buried in art books and copying cartoon characters out of magazines.

When a creative hobby becomes your job, it has a tendency to become less enjoyable. If you take a sabbatical from your job as a designer, it may well rekindle your passion for the craft.

When a creative hobby becomes your job, it has a tendency to become less enjoyable.

It can redirect your focus and help you solve problems

There’s no formula to creativity which means that problem solving in creative work can be incredibly time consuming and frustrating.

If you spent weeks trying to tweak that chapter in your novel or design the perfect album cover for a client and you just can’t get a breakthrough, consider taking a week off from the project.

Just take a step back, don’t look at the work and come back to it with fresh eyes. The problem you were trying to solve will most likely be a lot clearer after your break.

It gives you the time refresh and recharge

Creative people often have an extra bank of energy they call upon in creative crisis times. Pulling all nighters when you’ve got a draft or brief due is not uncommon in the creative freelance community. But all of this overworking adds up and we rarely give ourselves compensation for it.

Creative people are notorious for skipping holidays and this is a big mistake. Walking away from your creative endeavours for a while gives you time to recharge your batteries and come back to your project feeling rested and energised for the next chapter of your work.

Overworking adds up and we rarely give ourselves compensation for it.

If you’ve been struggling for years to get a draft of your first novel to completion or you haven’t written a decent music track in months, you’re probably in need of an open ended sabbatical, where you take as much time as you need.

One of the greatest perks that can come from an open ended sabbatical is the knowledge that you may have been walking the wrong path. It can be difficult to let go of a long term creative dream but if you take a break without a pre-determined end date and you feel happy and relieved, it might be time to consider pursuing other paths.

Well there you have it, but sad for me, my sabbatical is almost over and I thank God for life and the gift of friends and awesome family!