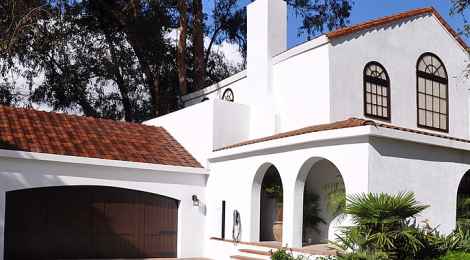 I am a great fan and admirer of Elon Musk, of Tesla Motors. Going through is exploits and endeavor i came across a character who has focused in providing power literally and how to harness it electronically to run our digital work and home space.

On Friday evening as the sun descended over the old Hollywood set of “Desperate Housewives,” Elon Musk took to a stage and fired up his presentation about climate change. It was a strange scene, with hundreds of people crowded into the middle of a subtly artificial suburban neighborhood.

It wasn’t until about a minute into the speech that Musk casually let the crowd in on Tesla’s big secret. “The interesting thing is that the houses you see around you are all solar houses,” Musk said. “Did you notice?”

The answer, in short, was no. Like everyone else, I knew we were there to see Musk’s new “solar roof,” whatever that was supposed to mean. But try as I could as we walked in, I didn’t see anything that looked like it could carry an electric current. If anything, the slate and Spanish clay roofs looked a bit too nice for a television set. This is the future of solar, Musk proclaimed. “You’ll want to call your neighbors over and say ‘check out the sweet roof.’ It’s not a phrase you hear often.”

The roof tiles are actually made of textured glass. From most viewing angles, they look just like ordinary shingles, but they allow light to pass through from above onto a standard flat solar cell. The plan is for Panasonic to produce the solar cells and for Tesla to put together the glass tiles and everything that goes along with them.

Tesla says the tempered glass is “tough as steel,” and can weather a lifetime of abuse from the elements. It can also be fitted with heating elements to melt snow in colder climates. “It’s never going to wear out,” Musk said, “It’s made of quartz. It has a quasi-infinite lifetime.”

In a Q&A with reporters after the presentation, Musk said the tiles are comparable to competing high-efficiency solar panels. The current prototypes that Tesla engineers are working with reduce the efficiency of the underlying solar cell by just 2 percent. With further refinement, Musk said he hopes the microscopic louvers responsible for making the tiles appear opaque can be used to actually boost the efficiency of standard photovoltaic cells.

Tesla Solar Roof will pass out as normal tiles but with some juice.

Putting the pieces together

The vision presented at Universal Studios in Los Angeles is the grand unification of Musk’s clean-energy ambitions. The audience was able to step into a future powered entirely by Tesla: a house topped with sculpted Tuscan solar tiles, where night-time electricity is stored in two sleek wall-hung Powerwall batteries, and where a Model 3 prototype electric car sits parked out front within reach of the home’s car charger.

“It is the metaphoric ‘super-car’ of residential solar,” said BNEF solar analyst Hugh Bromley. “It portrays cutting-edge technology with broad appeal, but … it competes in a solar market where most customers are comfortable in a family sedan.”