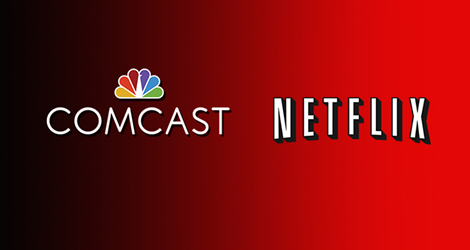 Seriously, this is a really big deal right there which makes Comcast‘s Brian Roberts and Netflix‘s Reed Hasting’s BFF’s.

The deal will provide “seamless access to the great content offered by both companies,” Comcast and Netflix said in a statement Tuesday.

For Comcast, the pact moves the company closer to its ultimate goal of delivering customers all of their entertainment options — both on traditional cable TV and online-streaming services — through their cable subscription. For Netflix, the deal gives the world’s largest online video network easier access to Comcast’s 22 million video subscribers, who previously had to toggle between cable and web-connected devices such as a Roku Inc. player to watch Netflix on their TVs.

“We have much work to do before the service will be available to consumers later this year,” the companies said in the statement. “We’ll provide more details at that time.”

News of the deal was earlier reported by Recode.