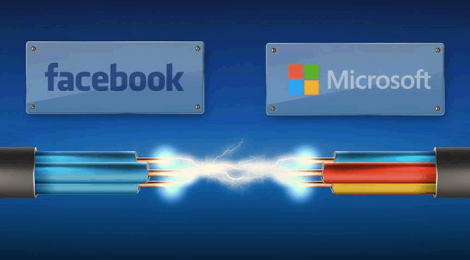 Microsoft and Facebook to build “MAREA” – a state-of-the art subsea cable across the Atlantic.

Microsoft and Facebook have come together in an effort to building the fastest trans-Atlantic cable yet. Thats right the to companies, announced that they are teaming up to build a subsea cable across the Atlantic that will connect Virginia Beach, Virginia, with Bilbao, Spain.

The companies say the so-called MAREA cable will allow them to “meet the growing customer demand for high speed, reliable connections for cloud and online services for Microsoft, Facebook and their customers.” Construction is scheduled to start in August and the companies expect the process to be complete in October 2017.

MAREA will be the highest-capacity subsea cable to ever cross the Atlantic – featuring eight fiber pairs and an initial estimated design capacity of 160Tbps. The new 6,600 km submarine cable system, to be operated and managed by Telxius, will also be the first to connect the United States to southern Europe: from Virginia Beach, Virginia to Bilbao, Spain and then beyond to network hubs in Europe, Africa, the Middle East and Asia. This route is south of existing transatlantic cable systems that primarily land in the New York/New Jersey region. Being physically separate from these other cables helps ensure more resilient and reliable connections for our customers in the United States, Europe, and beyond.

Microsoft and Facebook designed MAREA to be interoperable with a variety of networking equipment. This new “open” design brings significant benefits for customers: lower costs and easier equipment upgrades which leads to faster growth in bandwidth rates since the system can evolve at the pace of optical technology innovation. This is critical to ensure the Microsoft Cloud continuously improves to provide the highest availability and performance our customers need for their mission-critical workloads and data.

Microsoft and Facebook are working with Telxius, Telefónica’s telecommunications infrastructure company, building upon their longstanding experience in subsea cables on this innovative new system. Telxius will serve as the operator of the system and sell capacity as part of their wholesale infrastructure business.

As one of the largest cloud operators in the world, Microsoft has invested more than $15 billion (USD) in building a resilient cloud infrastructure and cloud services that are highly available and highly secure while lowering overall costs. Microsoft has now announced 32 Azure regions around the world with 24 generally available today – more than any other major cloud provider. This latest investment, together with Microsoft’s previously announced investments in global fiber assets including the NCP trans-Pacific subsea cable, is further proof of Microsoft’s commitment to empower every person and every organization on the planet to achieve more. 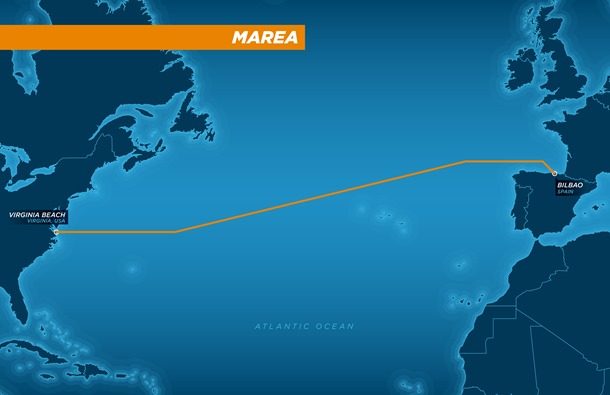 “In order to better serve our customers and provide the type of reliable and low-latency connectivity they deserve, we are continuing to invest in new and innovative ways to continuously upgrade both the Microsoft Cloud and the global Internet infrastructure,” said Frank Rey, director, global network acquisition, Microsoft Corp. “This marks an important new step in building the next generation infrastructure of the Internet.”

What’s also different here is that Facebook and Microsoft are leading this effort (together with Telefonica and its Telxius subsidiary, which will operate the cable). Typically, companies like Microsoft and Facebook have joined larger consortiums of technology companies and telecom players to build — or invest in — these cables. Now, however, the two decided to build their own infrastructure instead (and they are using some of the open hardware approach that Facebook has become known for) and plan on selling excess capacity to third parties.

The companies did not share any information about what these efforts will cost.