Menu
Browse: Home   /   Litecoin, Establishes itself in this Blockchain Buzz 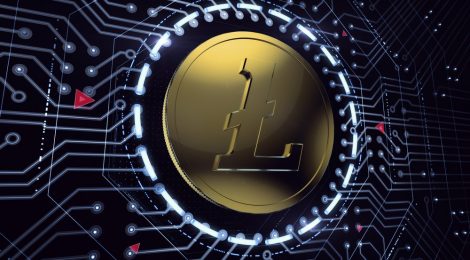 Litecoin, Establishes itself in this Blockchain Buzz

Once heralded as the “silver to bitcoin’s gold”, the developers behind the long-running digital currency litecoin are seeking to reestablish the project’s prior position as the world’s second most popular cryptocurrency.

Breaking a long lull in project announcements, Litecoin’s core developers and the Litecoin Association, a Texas-based non-profit advocacy group for the technology, revealed a new roadmap earlier this summer. Far from a dramatic change in course, it seeks to reinvigorate a project originally launched as an online payment option meant to be faster and more enticing for global merchants.

Some of you may be lost here but let me shade some light into this new cryptocurrency known as Litecoin, well;

Litecoin is a peer-to-peer Internet currency that enables instant, near-zero cost payments to anyone in the world. Litecoin is an open source, global payment network that is fully decentralized without any central authorities. Mathematics secures the network and empowers individuals to control their own finances. Litecoin features faster transaction confirmation times and improved storage efficiency than the leading math-based currency. With substantial industry support, trade volume and liquidity, Litecoin is a proven medium of commerce complementary to Bitcoin.

Litecoin was released via an open-source client on GitHub on October 7, 2011 by Charles Lee, a former Google employee. It was a fork of the Bitcoin-Qt client, differing primarily by having a decreased block generation time, increased maximum number of coins, different hashing algorithm (scrypt, instead of SHA-256), and a slightly modified GUI. During the month of November 2013, the aggregate value of Litecoin experienced massive growth which included a 100% leap within 24 hours. Litecoin reached a $1 billion marketcap in November 2013. As of February 2016, its market capitalization is US$136,512,971 with the price at $3 levels.

Amid Blockchain Hype, Is There Still a Place for Litecoin?

But despite early success as a complement to bitcoin for investors and traders, the project has arguably fallen behind as the blockchain technology underlying bitcoin has increasingly become the focus of institutions and former bitcoin startups.

However, the team behind the project used the announcement to double down on its prior market positioning, introducing a number of updates that sought to showcase it is focused on transaction speed, scaling, merchant support and mobile wallets.

With the project unencumbered by the byzantine nature of bitcoin’s mammoth governance structure, some in the community believe it could come to implement changes quicker than the world’s most popular digital currency, thus giving it a key competitive advantage.

Still, the roadmap release comes at a time that could viewed as a defining moment for litecoin, one that in many ways finds it grappling with changes in how digital currencies are being perceived amid heightened institutional interest.

At a time when many in the industry are eager for technological innovation, litecoin’s success has historically been the strength of its market capitalization, and its perception as a useful hedge for investors who wanted relief from the sometimes more volatile bitcoin network.

For example, litecoin is one of only a handful of digital currency networks to reach a market cap of $225m, and it has historically held a number-two position ahead of many hundreds of competing alternatives.

In some ways, litecoin could be viewed as having a similar hold on its position as bitcoin. Even as litecoin’s market cap and price dropped from its lofty heights in late 2013, it has still consistently led the rest of the pack.

However, the arrival of the blockchain network ethereum, and its token, ether, has called this value proposition into question.

Lauded for innovations in blockchain technology including smart contracts and praised by an increasing number of financial incumbents, the value of ethereum’s native token, ether, has not only surpassed litecoin’s current value, but also its 2013 peak.

Key to ethereum’s success has been that it has a unique value proposition in that it’s primary use is not as a digital currency, but as a resource meant for powering blockchain-based decentralized applications on its network.

But, price isn’t everything, and faster is not always better.

Being “silver to bitcoin’s gold” may be less than exciting sales pitch in today’s environment, where bombastic proclamations of world-changing tech are the norm, but it points to the reliability that has long centered the project.

In many ways, the failure of The DAO and the ethereum fork have vindicated litecoin’s steady approach, even as interest in ethereum continues to rise. Further, litecoin has so far resisted the temptation to announce any game-changing features that would find it following in that ethereum’s footsteps, despite pressures to do so.

“Litecoin is trying to do something different than ethereum,” litecoin founder Charlie Lee told CoinDesk.

“Its focus is as a payment method alongside bitcoin. That is not to say assets and other features could come along eventually, just like they may for bitcoin, but we won’t sacrifice security or usability for it.”

Instead, its contributors have been quietly fixing bugs, implementing preventative spam transaction measures and hoping that if bitcoin’s blocks become full, it can catch some of that overflow and ride it to a new golden era for the project.

Andrew Vegetabile, board member of the Litecoin Association, attested to this steady approach and unity of vision.

“For litecoin, the core developers along with the Litecoin Association, have always pushed for an alternate payment method to fiat as litecoin’s main focus,” he said.

“Sure, we can add additional functionality on layers on top of Litecoin Core, but the primary focus is payment method and providing a solid foundation for additional applications.”

Litecoin as a complement

Litecoin’s goal isn’t to replace bitcoin, but to find niches that it excels at and take advantage of those to carve out new market space.

Currently, bitcoin is accepted by more merchants, but there are scenarios where litecoin’s enthusiasts believe it could emerge as the leader. For example, some enthusiasts believe bitcoin’s long-simmering block size debate could reduce the currency’s speed, making litecoin more useful.

“If bitcoin were to limit blocks and the chains become so crippled with unprocessed transactions,” explained Vegetabile, “then it’s certainly a possibility we will see an explosion of usage of litecoin.”

Still, others see this scenario as far-fetched.

Jim Harper, a fellow at the CATO institute and former member of the Bitcoin Foundation board, believes that bitcoin is perhaps too big to fail, and that any issues with the larger, more well-known network wouldn’t benefit litecoin.

“If bitcoin appears broken, I think ordinary people will assume that digital currency is broken. Consumers probably won’t make the subtle judgments among digital currencies that we in the community can.”

The key, according to Lee, isn’t bitcoin failing but simply being different.

Lee argues that a faster blockchain could make litecoin more competitive, as should bitcoin chose not to increase its block size, transactions could become slower and more costly.

The solution, according to Lee, could be that multiple cryptocurrency networks simply evolve to serve these different needs.

“In that case, speed and usability may be more important than the network’s total hashing power.”

In some ways, litecoin’s future is, like its tagline, dependent on bitcoin.

As such, there is less of a competition between the two projects than a realization, at least in the litecoin community, that a rising tide could lift all boats.

As different blockchain protocols vie for market position, litecoin’s best bet may be to wait it out and see which niches open up. After all, it remains unclear exactly how bitcoin will be used, and it if it will support other blockchains through innovations like sidechains.

Today, both are aiming to serve as payment rails and currencies, but they are also well suited to pivot elsewhere if the opportunity presents itself.

In this way, it’s not hard to foresee a certain blockchain handling remittance, another consumer spending and still others facilitating roles in other niches.

An argument can be made that alternative protocols are all waiting to see which niche bitcoin leaves open.

“I personally believe that litecoin’s best chance of success is for bitcoin to succeed.”