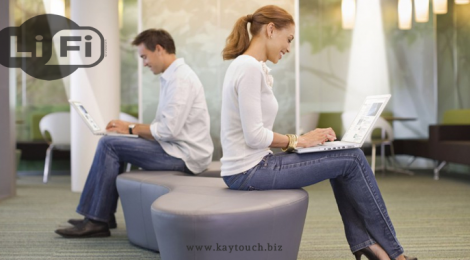 It is wireless and uses visible light communication or infra-red and near ultraviolet (instead of radio frequency waves) spectrum, part of Optical wireless communications technology, which carries much more information, and has been proposed as a solution to the RF-bandwidth limitations.A complete solution includes an industry led standardization process.

This OWC technology uses light from light-emitting diodes (LEDs) as a medium to deliver networked, mobile, high-speed communication in a similar manner to Wi-Fi.Li-Fi could lead to the Internet of Things, which is everything electronic being connected to the internet, with the LED lights on the electronics being used as Li-Fi internet access points.The Li-Fi market is projected to have a compound annual growth rate of 82% from 2013 to 2018 and to be worth over $6 billion per year by 2018.

Visible light communications (VLC) works by switching bulbs on and off within nanoseconds,which is too quickly to be noticed by the human eye. Although Li-Fi bulbs would have to be kept on to transmit data, the bulbs could be dimmed to the point that they were not visible to humans and yet still functional.The light waves cannot penetrate walls which makes a much shorter range, though more secure from hacking, relative to Wi-Fi.Direct line of sight isn’t necessary for Li-Fi to transmit a signal; light reflected off the walls can achieve 70 Mbit/s. 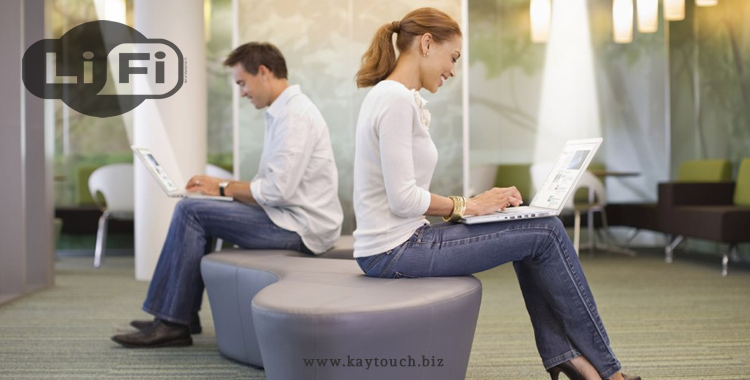 Expect to hear more of this technology in the coming months.With scientists achieving speeds of 224 gigabits per second in the lab using Li-Fi earlier this year, the potential for this technology to change everything about the way we use the Internet is huge.kivuti

And now, scientists have taken Li-Fi out of the lab for the first time, trialling it in offices and industrial environments in Tallinn, Estonia, reporting that they can achieve data transmission at 1 GB per second – that’s 100 times faster than current average Wi-Fi speeds.

The benefits of Li-Fi over Wi-Fi, other than potentially much faster speeds, is that because light cannot pass through walls, it makes it a whole lot more secure, and as Anthony Cuthbertson points out at IBTimes UK, this also means there’s less interference between devices.

benefits of Li-Fi over Wi-Fi, other than potentially much faster speeds, is that because light cannot pass through walls, it makes it a whole lot more secure