Menu
Browse: Home   /   Learn Electronics and How to Code with Scratch-n-Sketch 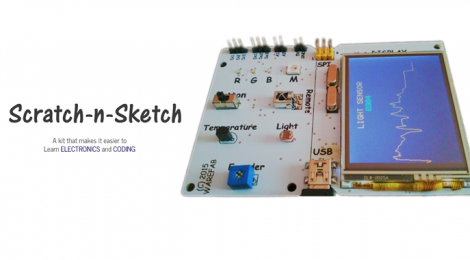 Learn Electronics and How to Code with Scratch-n-Sketch

As the world buzzes about with the advancement of technology and the embracing of the Internet of things, it has become almost mandatory to learn about computer programming or writing computer code.

Well, two amazing people are out to make programming easy for children, students and novices in the ever changing world of computer technology. Meet Mercy Ngoiri and John Muchiri who after  completing their Mechatronics engineering course at Nyeri’s Dedan Kimathi University at the end of 2014, decided to venture into a rare path taken by most after they are done with university.

The two embarked full time on a project they had started in campus; making local customised programming chips that were cheaper than imported chips. This was in consideration of how the cost of hardware production continues to be a major impairment to the advancement of technology in the country. And in 2015, they founded Warefab, a programming and mechatronics company.

We realised that our school system is focused more on teaching software components and developments and not hardware, or programming languages, which is used to make the software.John Muchiri 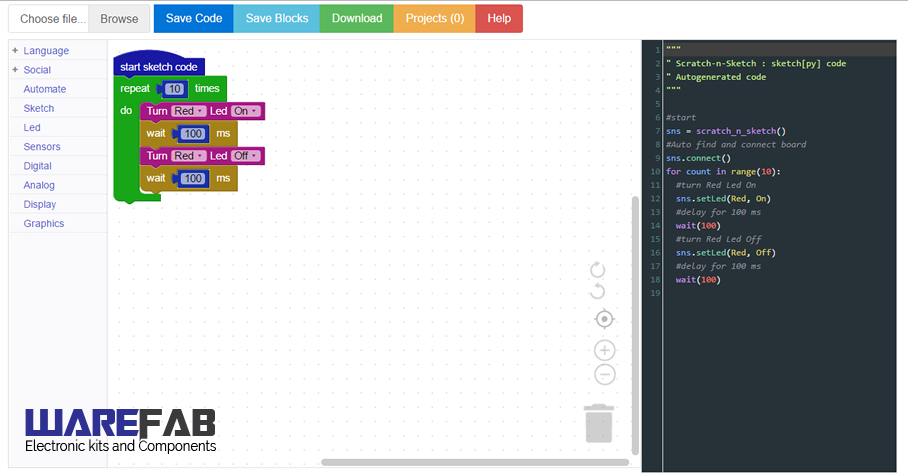 Warefab is coinage for hardware and software fabrications. It is important for people to learn how to develop their own software other than depend on the ready-made software. To inculcate this do-it-yourself culture, we saw that it was best to start working with the youth and children, thus we came up with the ‘Scratch-n-sketch.Mercy Ngoiri

The ‘Scratch and Sketch,’ is an easy to use plug and play kit that makes it easy for students, novices to the world of programming and even experts, to learn electronics and how to code. Apart from teaching programming basics, the kit can be used to make various modules including, but not limited to computer games.

The kit is a skeleton with several pins that uses the Drag and Drop programming language, which appears complicated at first, but reveals itself as simple once you get the hang of it. Drag and Drop is the simplest language for programming enthusiasts, before graduating to other advanced languages such as Ruby, Python, Java and Java scripts, which the Scratch-n-Sketch is also compatible with.