Menu
Browse: Home   /   Give your Startup a Competitive edge with Open source 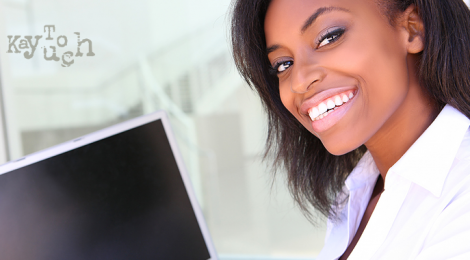 Give your Startup a Competitive edge with Open source

Much of today’s internet is built on open source software. So it’s only natural that companies, startups in particular, are going to build their tools with it too.

Open source software changes the way  SMBs are able to do business and compete against giants who have proprietary software.

Open source software not only lowers the cost of starting a business, but it also affords more customization: Startups need to stand out, and customizing the experience so it is truly “yours” means that you can provide a unique experience for your fans. Whether that means it’s more fun or more streamlined, when you wow your customers they’ll share your story.

Open source software allows more small businesses in industries that haven’t yet been completely disrupted by technology to create agile software with a small team.

Open source software enables everyone with the skills (not just the job) to collaborate and build onto existing software programs.

It removes a few steps from the build and allows smaller companies to create more quickly than large companies who try to do everything in-house. As more and more open source software emerges, and more small businesses build on top of it, the interconnections between software will grow and improve together. It will be like a web of connected tools that are constantly improving and going in unexpected directions.

Application program interfaces (API’s) have made it inexpensive to leverage large data from businesses such as Twitter and Google to build complementary services on top of the larger ones. For instance, Tweetdeck created a service on the backbone of the Twitter API that lets users view multiple timelines in one easy interface. Twitter thought the tool was so valuable that it acquired it. SearchMetricsleverages several Google API’s to provide insight into SEO visibility and keyword rankings. SearchMetrics has raised over $30 million to help advertisers better understand Google rankings.

Giants are already feeling the threat from open source software, which has been arming smaller companies with the tools to compete on a large scale. Open source allows for smaller companies to have a free reign on building applications that are not restricted by proprietary software, and have a go at unrestricted growth and a faster access to market supported by a much larger community building automation tools for quicker product iteration. The giants are now gradually starting to adopt open source.

The ability to customize your software application is one of the most attractive benefits of open source. Open source software opens up the market to small businesses because it puts them on the same level playing field as the giants like Google and Microsoft. If everyone has an open source program out that’s fully customizable, it’s the little guys who might end up with the advantage because they can personalize their service better.

Small businesses can compete on ideas and execution :When proprietary technologies dominated, it was easy for big companies to maintain their market position by locking customers into their solutions. With open source software and easily available cloud infrastructure, it’s much easier for startups to build competitive alternatives with standard technology available to everyone. Because it’s quite possible to replicate development and production environments on any cloud server, customers are free to move. The best execution wins when vendor-lock-in isn’t an issue.

With Open source software  small companies can deploy highly capable digital platforms and compete without having to purchase prohibitively expensive multi-user licenses from software giants like Adobe or Microsoft. It lowers the barrier to entry and allows these small companies to invest elsewhere instead of on expensive software.

Open source improves agility: Small companies tend to be more agile and faster with adapting new technologies. This means that, when a new tool comes along, you can take advantage of it before others do – especially since the giants have proprietary software they’ve developed and have to use. Given the right circumstances, this could prove to be a major advantage for forward-looking small businesses.

Access to more technology :When all the technology available meant investing in a large platform, small companies could not access the type of technology that would allow them to compete against the giants. With open source software, these small companies can gain access to the technology they need in an affordable way, which means they can change how they operate with more data and tools to provide solutions that consumers may prefer over these giants that simply dominate because they have an endless supply of resources with which to do so.

So your small startup could be 99 percent open source and 1 percent custom development, so the catch of creating your uniqueness is to work on the one percent to define yourself.

If you have more to add onto this, please feel free to on the comments below and just remember, sharing is caring.