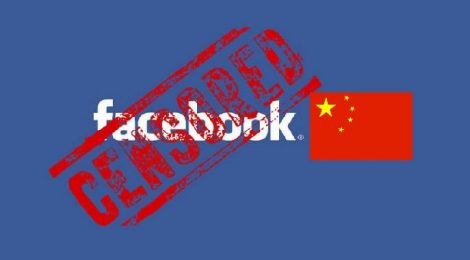 It has come to light that the company has quietly built a tool to suppress posts from appearing in users’ news feeds in specific geographic areas, reports The New York Times.

The tool is said to have been created with CEO Mark Zuckerberg’s blessings to help the social network gain entry into China, where Facebook has been blocked since 2009.

To distance itself from the responsibility of blocking content, Facebook geared the tool for use by third parties, such as local companies in China. Those partner firms would have full control over which posts will appear in users’ feeds in the first place.

The NYT notes that work on this feature gained steam last year as engineers within the company were assembled from various teams to work under Vaughan Smith, Facebook’s vice president for mobile, corporate and business development.

Internally, the tool isn’t exactly a well-kept secret. Employees asked Zuckerberg about it at one of the company’s weekly Q&A sessions in July, to which he replied, “It’s better for Facebook to be a part of enabling conversation, even if it’s not yet the full conversation.”

Although Facebook doesn’t like to call itself a media business, it can hardly honestly extricate itself from that label at this point: About eight in ten Americans use Facebook, and roughly two-thirds of the social network’s audience gets its news from the platform.

The company has tried to tackle the spread of fake news on its site: It launched a tool to allow users to report hoax posts last year, and recently announced that it would block fake news sites from using its ad network. And although Zuckerberg initially dismissed claims that Facebook played a role in the outcome of the US elections by allowing the circulation of fake news, he’s now committed to working on ways to stem the flow of bogus content.

The revelation of a secret censorship tool in the works at Facebook points to a larger problem within the company. It seems like it’s blinded by its desire to grow, to the point that it’s willing to ignore basic ethical principles.

Sure, it isn’t easy to deal with China given its penchant to control the press, but building a tool to allow for censoring content is the first step down a slippery slope towards creating a more sinister medium that could soon see the government broadcast propaganda and target users based on how they behave on the platform.

In a statement to the NYT, Facebook said it had made no decisions on its approach into China. It sounds an awful lot like it already has.

Tags: Facebook
← Pssst! ɢoogle.com is not google.com
Publish anonymously with Telegraph by telegram →