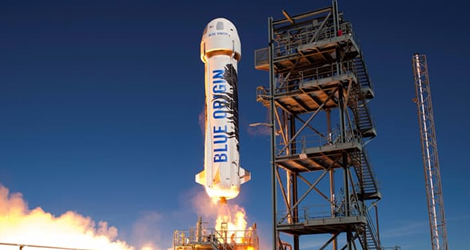 Watching the Rocket Booster shoot up towards orbit and then come back down, was jaw dropping, especially the part where is has to decelerate, it was just awesome, it looked like a scene from those SciFi movies where UFO’s come from out of space. For those following, well, we talking re-usable rocket modules for space explorations. tourism and shit.

New Shepard’s booster made a pinpoint landing near its launch site 8 minutes after liftoff, with the capsule touching down a minute lander after descending to Earth under two parachutes. Blue Origin’s main goal for the flight was to test how the capsule would perform with just two of its three main parachutes deployed.

New Shepard is not designed to launch all the way into orbit. Instead, the launch system is built to fly up to six people into suborbital space, with the capsule returning to Earth under parachutes while its booster lands vertically using the same BE-3 rocket engine it uses for launch. 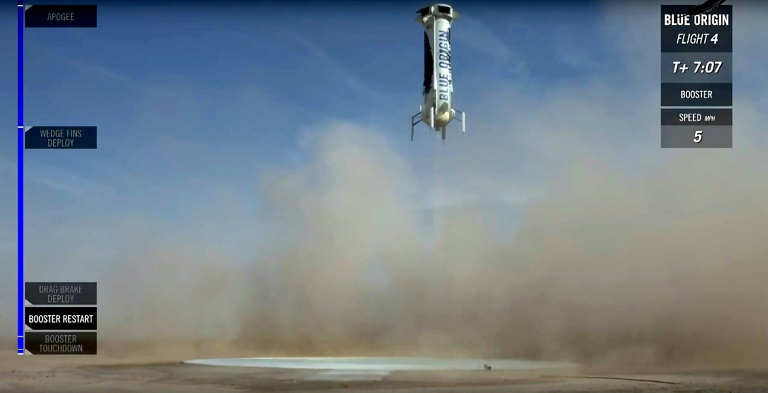 The Kent, Washington-based Blue Origin plans to sell tickets for space tourism flights on the capsule, but has not yet released a price for those joy rides. During such flights, passengers will experience several minutes of weightlessness and be able to see the Earth from space through New Shepard’s huge windows, Blue Origin representatives said.

“You have no idea how badly I want to fly on this right now,” Blue Origin engineer Geoff Huntington, a webcast co-host, said just before the launch.

The New Shepard capsule can also carry research payloads and has done so on past test flights. During Sunday’s launch, the capsule carried three different microgravity science payloads, including a dust collision experiment for Braunschweig University in Germany; a fluid flow experiment for Louisiana State University and William Jewell College; and fluid shape experiment for Purdue University.