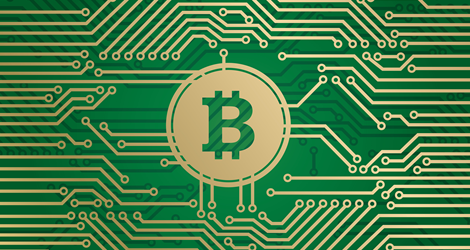 Bitcoin and Blockchain technologies will ignite a new wave of commerce innovation. The technology that underlies crypt-currencies like bitcoin will provide the foundation for scalable and transformative banking models and services that will address a myriad of challenges, in as much as the term bitcoin and its use has been around for a while now and it being used in online transactions, it is still to be first, well understood and secondly embraced as a means of handling transactions, maybe the biggest question would be, How ready are we to embrace this new and amazing innovation?

So What is a Blockchain

A blockchain is a public ledger of all Bitcoin transactions that have ever been executed. It is constantly growing as ‘completed’ blocks are added to it with a new set of recordings. The blocks are added to the blockchain in a linear, chronological order. Each node (computer connected to the Bitcoin network using a client that performs the task of validating and relaying transactions) gets a copy of the blockchain, which gets downloaded automatically upon joining the Bitcoin network. The blockchain has complete information about the addresses and their balances right from the genesis block to the most recently completed block.

The blockchain is seen as the main technological innovation of Bitcoin, since it stands as proof of all the transactions on the network. A block is the ‘current’ part of a blockchain which records some or all of the recent transactions, and once completed goes into the blockchain as permanent database. Each time a block gets completed, a new block is generated. There is a countless number of such blocks in the blockchain. So are the blocks randomly placed in a blockchain? No, they are linked to each other (like a chain) in proper linear, chronological order with every block containing a hash of the previous block.

Based on the Bitcoin protocol, the blockchain database is shared by all nodes participating in a system. The full copy of the blockchain has records of every Bitcoin transaction ever executed. It can thus provide insight about facts like how much value belonged a particular address at any point in the past.

The ever-growing size of the blockchain is considered by some to be a problem due to issues like storage and synchronization. On an average, every 10 minutes, a new block is appended to the block chain through mining.