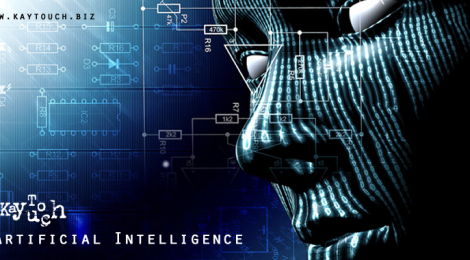 Artificial Intelligence [AI]: Get to Know

Peter Kivuti / December 13, 2015 / Comments Off on Artificial Intelligence [AI]: Get to Know / AFRICA, Business, design, Entrepreneur, News, Technology, Work, WORLD
I am so sure, the words Artificial Intelligence enough in the recent past to invoke a sort of inquiry of what exactly is going down regarding it. I too have been really willing to understand it and get to know more about AI.Peter Kivuti

what is Artificial Intelligence?

Artificial intelligence [AI] is the intelligence exhibited by machines or software. It is also the name of the academic field of study which studies how to create computers and computer software that are capable of intelligent behavior. Major AI researchers and textbooks define this field as “the study and design of intelligent agents”, in which an intelligent agent is a system that perceives its environment and takes actions that maximize its chances of success. John McCarthy, who coined the term in 1955, defines it as “the science and engineering of making intelligent machines“.

AI research is highly technical and specialized, and is deeply divided into sub-fields that often fail to communicate with each other. Some of the division is due to social and cultural factors: sub-fields have grown up around particular institutions and the work of individual researchers.

AI research is also divided by several technical issues. Some subfields focus on the solution of specific problems. Others focus on one of several possible approaches or on the use of a particular tool or towards the accomplishment of particular applications.

The central problems (or goals) of AI research include reasoning, knowledge, planning, learning, natural language processing (communication), perception and the ability to move and manipulate objects.

There are a large number of tools used in AI, including versions of search and mathematical optimization, logic, methods based on probability and economics, and many others. The AI field is interdisciplinary, in which a number of sciences and professions converge, including computer science, mathematics, psychology, linguistics, philosophy and neuroscience, as well as other specialized fields such as artificial psychology.

The field was founded on the claim that a central property of humans, human intelligence—the sapience of Homo sapiens—”can be so precisely described that a machine can be made to simulate it.“

This raises philosophical issues about the nature of the mind and the ethics of creating artificial beings endowed with human-like intelligence, issues which have been addressed by myth, fiction and philosophy since antiquity.

Artificial intelligence has been the subject of tremendous optimism but has also suffered stunning setbacks. Today it has become an essential part of the technology industry, providing the heavy lifting for many of the most challenging problems in computer science.

Did i give you an Idea about AI?

Well i do think so, because from my side, it is about making a machine have the ability to perform like a human being. Machines will able to utilize logic,make decisions and perform tasks all without human interference! I think that is really scary since the technology can be harnessed and misused by others.

I think the best defense against the misuse of AI is to empower as many people as possible to have AI. If everyone has AI powers, then there’s not any one person or a small set of individuals who can have AI superpower.Elon Musk

Recently Tesla’s Elon Must and CEO of Y Combinator Sam Altman, plan to stop computers from taking over by funding a new organization, OpenAI, to pursue the most advanced forms of artificial intelligence — and give the results to the public. 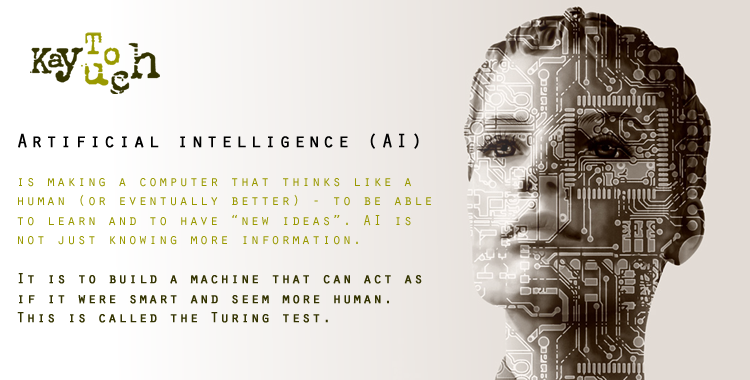 The idea of thinking machines had been around before this. In 1950 Alan Turing wrote a paper called “Computing Machinery and Intelligence”. He started with the question “Can machines think?”. Since “thinking” is hard to define, Turing went to another question instead – “Can machines trick a human into thinking they are talking to another human (instead of to a machine)?”

So as we move forward, and machines get smarter, we should be asking ourselves, if as humans, we are ready to let machines, take over. Already in the advent of a quantum computer, way faster than the fastest computer available now, this forms a basic processing platform that AI needs to run on flawlessly.

I think the best defense against the misuse of AI is to empower as many people as possible to have AI. -Elon Musk

Let us know what you think about AI and maybe share your experience or interest in it.