Menu
Browse: Home   /   What to Expect From Facebook’s Android Announcement 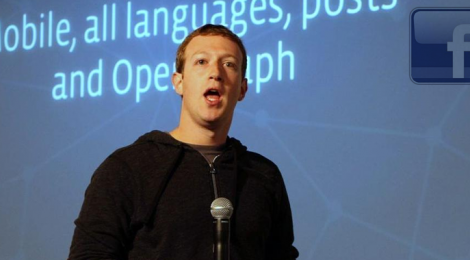 What to Expect From Facebook’s Android Announcement

Peter Kivuti / April 5, 2013 / Comments Off on What to Expect From Facebook’s Android Announcement / News

Facebook is holding an event at its Menlo Park headquarters Thursday to show the world its “new home on Android.”

No one is certain what exactly Facebook’s “new home” will be, but we’ve got a few solid hints.

Although Facebook founder Mark Zuckerberg has always indicated — as recently as a few months ago — that a phone has “always been the wrong strategy” for Facebook, it looks like a phone may be just what we’ll see the company announce on Thursday.

That “Facebook Phone” announcement, however, may not be what you think.

The Hardware Isn’t Going to Be Life-Changing
If the rumors are true, then Facebook will be announcing a phone called Facebook First, made by HTC.

HTC makes good hardware, which bodes well for an HTC Facebook Phone. That said, if you’re expecting top-of-the-line features like those found in company’s flagship handset, the HTC One, or fun software tricks like Samsung’s Galaxy S 4 –- you’re going to be disappointed.

Current rumors point the Facebook phone being a midrange smartphone with a 4.3-inch 720p display, 1GB of RAM, a dual-core Qualcomm Snapdragon S4 processor and a 5-megapixel camera.

Alleged pictures of the phone posted on the Twitter account @evleaks appear to confirm that rumor, and show a handset with three physical buttons at the bottom of the screen.

follow
Latest posts by Peter Kivuti (see all)
← Is it Safe to Bank Online?
Everything You Need to Know About the New Pinterest →