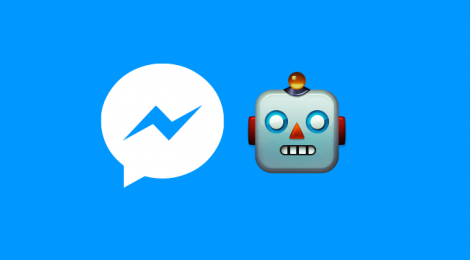 Use Facebook Messenger Chatbot to fix your distribution problem

Chatbots are one of the most interesting emerging business models in mobile tech. At their core, they represent an entirely new way of communicating with other individuals, businesses, and services — some of these customers using chatbots themselves. Social media networks are a natural place for these transactions to exist: a digital location pre-populated with each user’s personal contacts and preferences, designed specifically to track each user’s interaction.

It’s no surprise then that in April, at their flagship F8 developer’s conference, Facebook’s Mark Zuckerberg announced support for developers to build chatbots based on the Facebook Messenger platform. While the first batch of chatbots developed for Facebook Messenger received a rocky reception, more recent opinions indicate that this experience is rapidly improving and could spell a drastic change for chatbot developers in the U.S. and beyond.

Yet for anyone thinking about building a chatbot for any other platform besides Facebook Messenger, there are some serious challenges in how to distribute the bot and gain traction.

Other messaging platforms and apps already support chatbots — Japan’s Line, which is reportedly on the verge of announcing one of the biggest IPOs in tech, has already integrated chatbots and chat-based interfaces. However, Verto data shows that Facebook Messenger, as of May 2016, claims the highest reach of all messaging apps in the U.S., attracting over 79.3 million adult (18+) users with a 44 percent reach across mobile devices. That’s an incredible, approachable audience for a chatbot developer.

Facebook has already proven itself a mercurial platform for commercial interests. While publishers and brands recognize that Facebook is a powerful driver of traffic, they cannot control things like the algorithms that prioritize what content is discoverable. The same risks are inherent for chatbot developers: If you decide to rely on major mobile app ecosystems like Line, Kik, or Facebook Messenger, you trade complete control of the ecosystem for instant access to a huge addressable potential user base.

It’s entirely possible that highly successful chatbot services could be built on top of Facebook Messenger platform. But chatbot companies must also remember the cautionary tale of Zynga, whose early games heavily relied on Facebook for discovery, engagement, and distribution. When Facebook terminated that relationship, it contributed to the demise of Zynga’s status as a startup darling.

On the other hand, for vertically focused chatbots, other platforms might be more appropriate; partnerships with existing mobile apps like TripAdvisor orBooking.com might be better options for travel-related chatbots, for example. But should these more focused apps build their own chatbots into their apps, or do they want to open up doors for developers as Line or Facebook have done?

The future of chatbots

Will the future of chatbots rely on existing platforms like Facebook Messenger, or will standalone apps work best? According to Verto App Watch, there are 680 mobile apps with at least 1 million unique users per month in the U.S. However, the average consumer only uses ten apps per day.

However, reach isn’t everything — a successful chatbot also relies heavily on engagement.

According to Verto’s Messaging App Report, Facebook isn’t winning the engagement war. Other apps like Snapchat, WhatsApp, and even Kik claim a much higher stickiness rating, the share of the monthly users who use the particular property daily. (The Verto methodology demonstrates that daily users reflect the active, loyal, and engaged part of the audience, and the higher the stickiness, the bigger the share of daily users versus monthly users.) While Facebook Messenger may be the most attractive option for current developers, we see signs that the platform market may soon start to fragment across geographical, demographic, or other niche segmentation lines.

Regardless, it’s clear there are multiple options for chatbot developers to leverage their product on an existing platform. But there are certainly no easy choices today. We’ll continue to measure the traction of messaging apps and chatbots and report on the winning (and declining) messaging platforms and chatbot services. And even more tellingly, the development of a robust and successful chatbot ecosystem could have a profound effect on the acquisition market, as Internet and media giants seek to integrate “default chatbots” into their existing apps and platforms.

follow
Latest posts by Peter Kivuti (see all)
Tags: Chatbots
← Tools that help you optimize your workflow
What’s a chatbot and why your business needs one →