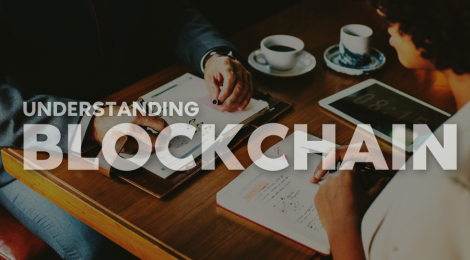 I have been toying with the idea of writing about the Blockchain technology for a while now. having taken the world by storm especially after the bitcoin explosion, it has become a very appealing topic of interest, we even added a category menu item for this point only as we push towards informing and educating you on Blockchain or Distributed Ledger Technology especially in its applications, development platforms and usability.

So, what is Blockchain Technology?

A blockchain, originally block chain, is a growing list of records, called blocks, which are linked using cryptography. Each block contains a cryptographic hash of the previous block, a timestamp, and transaction data.

By design, a blockchain is resistant to modification of the data. It is “an open, distributed ledger that can record transactions between two parties efficiently and in a verifiable and permanent way”. For use as a distributed ledger, a blockchain is typically managed by a peer-to-peer network collectively adhering to a protocol for inter-node communication and validating new blocks. Once recorded, the data in any given block cannot be altered retroactively without alteration of all subsequent blocks, which requires consensus of the network majority. Although blockchain records are not unalterable, blockchains may be considered secure by design and exemplify a distributed computing system with high Byzantine fault tolerance. Decentralized consensus has therefore been claimed with a blockchain.Byzantine fault

From a cruising altitude, a blockchain might not look that different from things you’re familiar with, like Wikipedia.

Descending to ground level, however, the differences that make blockchain technology unique become more clear. While both run on distributed networks (the internet), Wikipedia is built into the World Wide Web (WWW) using a client-server network model.

A user (client) with permissions associated with its account is able to change Wikipedia entries stored on a centralized server.

Whenever a user accesses the Wikipedia page, they will get the updated version of the ‘master copy’ of the Wikipedia entry. Control of the database remains with Wikipedia administrators allowing for access and permissions to be maintained by a central authority.

Wikipedia’s digital backbone is similar to the highly protected and centralized databases that governments or banks or insurance companies keep today. Control of centralized databases rests with their owners, including the management of updates, access and protecting against cyber-threats.

Wikipedia’s ‘master copy’ is edited on a server and all users see the new version. In the case of a blockchain, every node in the network is coming to the same conclusion, each updating the record independently, with the most popular record becoming the de-facto official record in lieu of there being a master copy.

Transactions are broadcast, and every node is creating their own updated version of events.

It is this difference that makes blockchain technology so useful – It represents an innovation in information registration and distribution that eliminates the need for a trusted party to facilitate digital relationships.

Yet, blockchain technology, for all its merits, is not a new technology.

Rather, it is a combination of proven technologies applied in a new way. It was the particular orchestration of three technologies (the Internet, private key cryptography and a protocol governing incentivization) that made bitcoin creator Satoshi Nakamoto’s idea so useful.

The result is a system for digital interactions that does not need a trusted third party. The work of securing digital relationships is implicit — supplied by the elegant, simple, yet robust network architecture of blockchain technology itself.

Trust is a risk judgement between different parties, and in the digital world, determining trust often boils down to proving identity (authentication) and proving permissions (authorization).

Put more simply, we want to know, ‘Are you who you say you are?’ and ‘Should you be able to do what you are trying to do?’

In the case of blockchain technology, private key cryptography provides a powerful ownership tool that fulfills authentication requirements. Possession of a private key is ownership. It also spares a person from having to share more personal information than they would need to for an exchange, leaving them exposed to hackers.

Authentication is not enough. Authorization – having enough money, broadcasting the correct transaction type, etc – needs a distributed, peer-to-peer network as a starting point. A distributed network reduces the risk of centralized corruption or failure.

This distributed network must also be committed to the transaction network’s recordkeeping and security. Authorizing transactions is a result of the entire network applying the rules upon which it was designed (the blockchain’s protocol).

Authentication and authorization supplied in this way allow for interactions in the digital world without relying on (expensive) trust. Today, entrepreneurs in industries around the world have woken up to the implications of this development – unimagined, new and powerful digital relationshionships are possible. Blockchain technology is often described as the backbone for a transaction layer for the Internet, the foundation of the Internet of Value.

In fact, the idea that cryptographic keys and shared ledgers can incentivize users to secure and formalize digital relationships has imaginations running wild. Everyone from governments to IT firms to banks is seeking to build this transaction layer.

Authentication and authorization, vital to digital transactions, are established as a result of the configuration of blockchain technology.

The idea can be applied to any need for a trustworthy system of record.