Menu
Browse: Home   /   These Guns have refused to go silent. 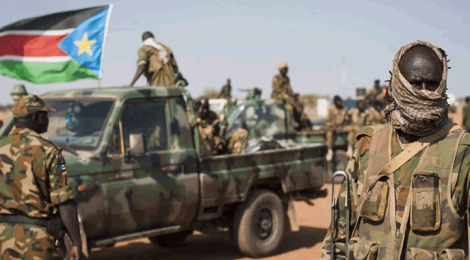 These Guns have refused to go silent.

Peter Kivuti / July 16, 2016 / Comments Off on These Guns have refused to go silent. / AFRICA, Kenya, News, WORLD
I have in the recent past, worked with the South Sudanese people. During that period, I had the chance to understand these amazing people, from their expansive culture to the plight they face and have lived with for the longest time ever. You can imagine that a whole generation of South Sudan has been in active conflict, knowing nothing but tears, starvation and bloodshed.

As a Kenyan, I have grown up alongside the Sudanese people, and then I did not know there was the North and South Sudan. I also did not know the circumstances that may have led to so many of their people in Kenya, all we knew were their height, their dark skin with beautiful scarring on their faces and a strange tongue.

As I grew up, I begun to understand, why these people, were far from home. You can imagine, being displaced from the land of your birth, the longing of wanting to go back and build for your family, for your people. Many of the grown Sudanese, between 20 to 40 or maybe 50 years old, were never born in South Sudan, but in a different country or a refugee camp somewhere. To understand the plight of their people, they had to rely on stories handed down from the one before them, the tales of war and freedom.

The Sudan Conflict is a long one. While most nations in East and Central Africa, moved forward after their independence, Sudan still had to struggle, with what their colonizers left behind, a broken people!

Enter the South Sudan, with their concurrent civil wars.One after another has made these people numb to conflict and the world overwhelmed!

Civil war has drowned many African countries deep in waters so harsh. Those that manage to swim up and gulp some air often struggle with huge tasks of setting mechanisms and establishing protocols supposed to keep them afloat and at the same time prevent similar occurrences.In South Sudan, its almost a special case!

As I write this piece, South Sudan did not celebrate its 5th year of independence, why?

There is obvious and underlying issue of governance which is affecting the economy and the good of people. For the guns to break their silence, it’s a clear indication that South Sudan is again on the precipice of a civil war. Too much effort has been put, and more will still need to be done. The issue of South Sudan needs a meticulous approach to peace, I am sure in the 27th African Union (AU) Summit taking place in Kigali, Rwanda, Secretary-General Ban Ki-moon met with several African leaders to discuss the situation in South Sudan. 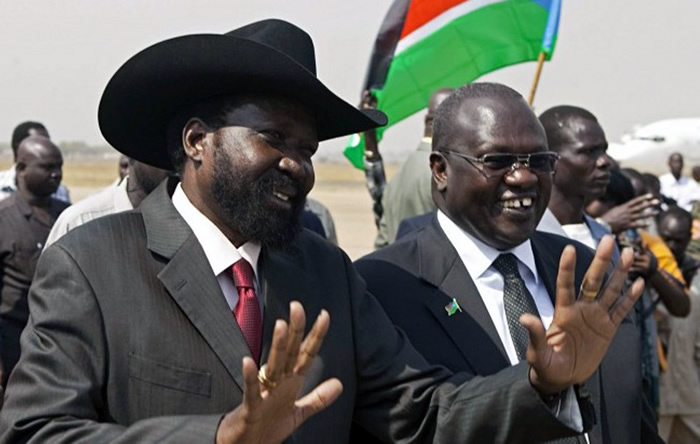 South Sudan has a lot to offer for Africa. Let us review in brief the conflict of South Sudan. There have been two long civil wars in South Sudan with a third yet to be seen but efforts are being made to prevent it from happening.

The first civil war (also known as the Anyanya Rebellion) one begun in the August of 1955-March 1972, it lasted, 16 years, 7 months, 1 week and 2 days. Half a million guys, are said to have died in that conflict. This war, was an aftermath of previous colonial regime of the British and Egyptian governments in the administration of Sudan. Apparently the northerners’ idea of administering Sudan on the post-colonial period was biased and the southerners felt threatened by the larger northern autonomy.

Then there was the second civil war of Sudan. This conflict is still the longest ever recorded civil war in Africa, and I guess to think in the world (I stand corrected).

Now, the second civil war came 11 years later after the Addis Ababa Agreement that ‘ended’ the first civil war and which had established the Southern Sudan Autonomous Region. This civil war begun in April 1983 — January 2005. The stretch of this conflict was 22 years where in between, as it went down, the world was faced by gruesome news of genocide by the Janjaweed in the Darfur region around 2003–2004.

As I mentioned earlier, the second civil war led to;

It also brought with it, another conflict of Sudan-SPLM-N conflict. This was a complicated situation of the Sudanese conflict in South Kordofan and Blue Nile. This was also defined as a precipice of the Third Sudanese Civil war. 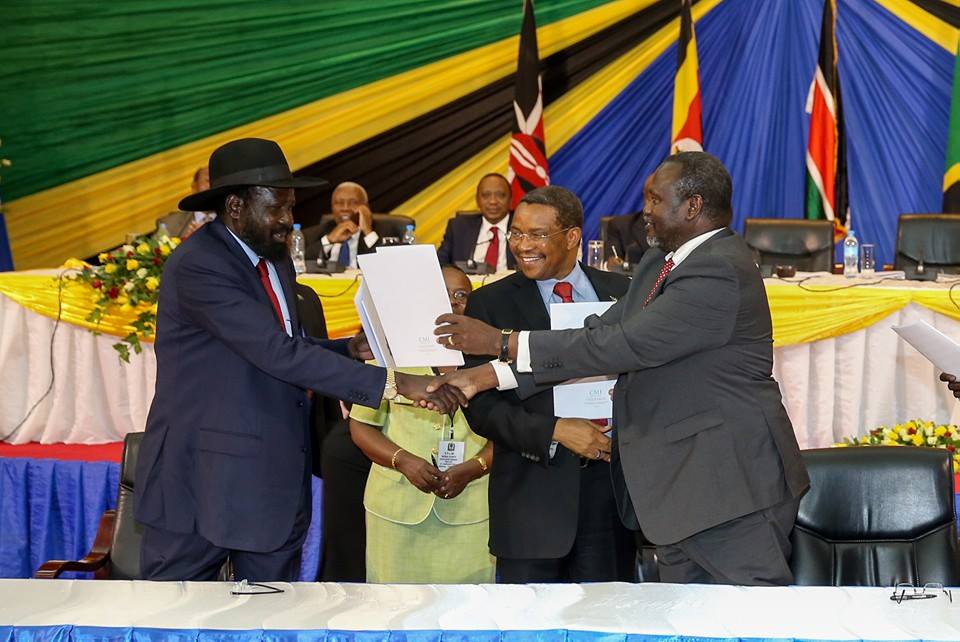 signing of the SPLM Reunification Agreement between South Sudan

This is an ongoing armed conflict in the Sudanese southern states of South Kordofan and Blue Nile between the Army of Sudan (SAF) and Sudan People’s Liberation Movement-North (SPLM-N), a northern affiliate of the Sudan People’s Liberation Movement (SPLM) in South Sudan. After some years of relative calm following the 2005 deal which ended the second Sudanese civil war between the Sudanese government and SPLM rebels, fighting broke out again in the lead-up to South Sudan independence on 9 July 2011, starting in South Kordofan on 5 June and spreading to the neighboring Blue Nile state in September. SPLM-N, splitting from newly-independent SPLM, took up arms against the inclusion of the two southern states in Sudan with no popular consultation and against the lack of democratic elections. The conflict is intertwined with the War in Darfur, since in November 2011 SPLM-N established a loose alliance with Darfuri rebels, called Sudan Revolutionary Front (SRF).

As of October 2014, some two million people have been affected by the conflict, with more than 500,000 having been displaced and about 250,000 of them fleeing to South Sudan and Ethiopia. In January 2015, fighting intensified as Omar al-Bashir’s government tried to regain control of rebel-held territory ahead of April 2015 general elections.

Overwhelming right? It’s the plight of the South Sudanese, and in these canvas, I am trying to paint a picture that describes, from the first civil war to the ‘third’, a pattern from the post-colonial era. There is a mindset that needs tweaking.The administration of south Sudan needs to realize that, war could never give birth to peace, only fear and darkness.

The Story is a long one, but the toll of conflict has caught up with most of South Sudanese, who have been through conflict after conflict.

Now, just recently between July 7 — July 10 2016 fresh conflict arose in Juba, and to this date of me publishing this post, over 300 people are feared dead. It is not known what actually brought this about, but as you have read earlier, I believe there is a conflict that needs to be addressed attentively. I respect the steps the Southern Sudanese people have takes to build peace in their land but am also skeptical of how the leadership is upholding the sanctity of their people need of peace. The bottom line is, the Leadership and Administration of South Sudan is failing and its undermining the efforts made to create a strong and robust country. 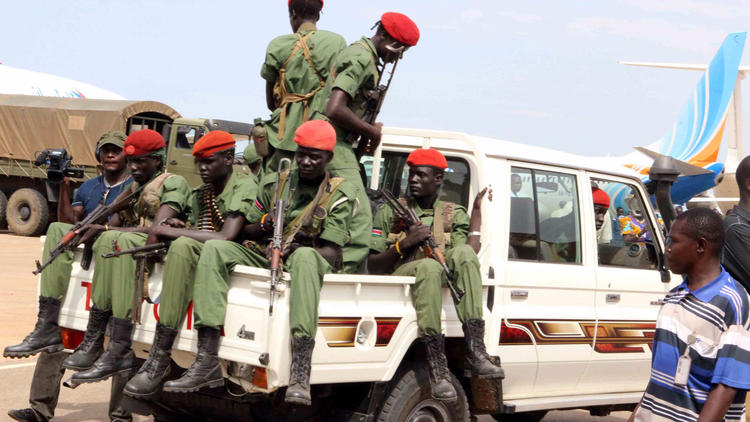 The recent violence in Juba echoed the fighting that triggered the civil war, marking a fresh blow to last year’s peace deal to end the bitter conflict, which began when President Salva Kiir accused ex-rebel leader and now Vice President Riek Machar of plotting a coup.

“I am shocked and appalled by the heavy fighting that is currently taking place in Juba. I strongly urge President [Salva] Kiir and First Vice President Riek Machar to do everything within their power to de-escalate the hostilities immediately and to order their respective forces to disengage and withdraw to their bases,” Ban said in a statement. “This senseless violence is unacceptable and has the potential of reversing the progress made so far in the peace process.”

I will urge all those who read this article, to deeply think of the best ways in which an effort can be made to create a stand and stop the violence in South Sudan. What is happening there, is a total disregard of human life and rights, and it’s a shame to have a land in Africa described as ‘The Terrifying Land of gang rape and brutal killings’

I believe that the people of South Sudan have a right to be and live in peace. I will appreciate your comments on this article and contributions too.