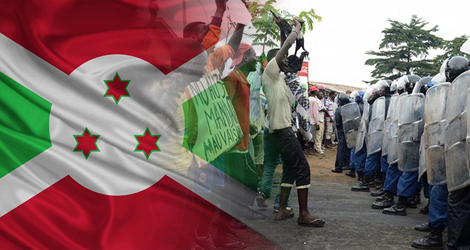 Lets Talk Burundi, Lets reach out and be our Brothers Keeper

Peter Kivuti / December 13, 2015 / Comments Off on Lets Talk Burundi, Lets reach out and be our Brothers Keeper / AFRICA, News, WORLD

On 25 April 2015, the ruling political party in Burundi, the National Council for the Defense of Democracy – Forces for the Defense of Democracy (CNDD-FDD), announced that the incumbent President of Burundi, Pierre Nkurunziza, would run for a third term in the 2015 presidential election.The announcement sparked protests by those opposed to Nkurunziza seeking a third term in office.

Widespread demonstrations in the capital, Bujumbura, lasted for over three weeks. During that time the country’s highest court approved Nkurunziza’s right to run for a third term in office despite the fact that at least one of the court’s judges fled the country claiming he had received death threats from members of the government.As a result of the protests the government also shut down the country’s internet and telephone network, closed all of the country’s universities and government officials publicly referred to the protesters as “terrorists”.Since late April tens of thousands of people have fled the country, hundreds of people have been arrested and several protesters and police have been killed while dozens more have been injured. 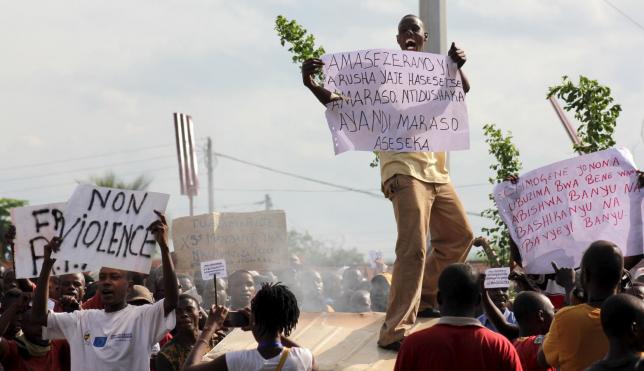 A protester carries a placard as they chant anti-government slogans during demonstrations against the ruling CNDD-FDD party’s decision to allow Burundi President Pierre Nkurunziza to run for a third five-year term in office, in Bujumbura, May 4, 2015. REUTERS/Jean Pierre Aime Harerimana

On 13 May, a coup was announced, led by Major General Godefroid Niyombare, while President Nkurunziza was in Tanzania attending an emergency conference about the situation in the country.By the next day the coup collapsed and government forces reasserted control. On 11 December, almost 90 people were killed in attacks on state targets.

In his statement justifying the coup, Niyombare claimed to be acting to save the Arusha agreement.

So given with what is recently happening in this beautiful African countries, i still feel the tension inside of a new crisis looming, on ethnic conflict between the Hutu and the Tutsi in Burundi. We all know what happened in Rwanda in April 1994, an escalation of the crisis in Burundi could spill into Rwanda, that has , seen it self come out of the Ashes of Genocide to a peaceful, and economically powerful country with well established political and socio-economic system. 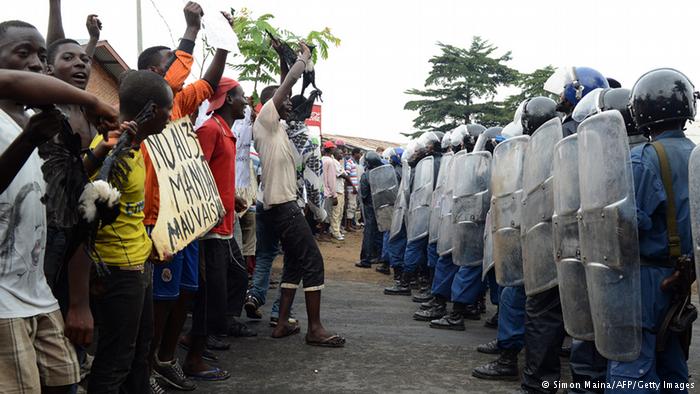 The Government forces conflict with protesters in Bujumbura, Burundi

So what can i do as an African?

I decided to just write a post first, to highlight this crisis, since its a wolf at our doorstep as East Africans. Clearly, from my own perspective, the ‘President’ of Burundi is breaking the law and sits back and watches his country, along with hard working citizens, burn!

As an East African Citizen, and it is in my power to push for the respect of Law and constitution, then I believe, action needs to be taken to the Rule in Rwanda and efforts made to try address the issues being raised by the “Halte au troisième mandat” [Stop the Third Mandate] street movement and the government.kivuti

You should read this article Burundi: Peace Sacrificed that i just came accross while really trying to find what was really going on with Burundi.

April 2015 – Protests erupt after President Pierre Nkurunziza announces he will seek a third term in office.

May 2015 – Constitutional court rules in favour of Mr Nkurunziza, amid reports of judges being intimidated. Tens of thousands flee violence amid protests.

May 2015 – Army officers launch a coup attempt, which fails.

July 2015 – Elections are held, with Mr Nkurunziza re-elected. The polls are disputed, with opposition leader Agathon Rwasa describing them as a “joke”.

I am concerned about Burundi, and despite them being my neighbors, it is hurting to see such innocent live lost because of a breakdown of the rule of law.

I would really appreciate if we could all have a contribution to insights into which we all could all discuss, as normal people how we could push for relevant authorities come up with a peaceful and African solution to the crisis in Burundi.