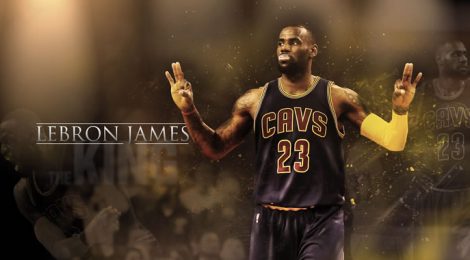 In my time, I have seen legends being born right in front of me, I also met many who become legends as i grew up admiring their drive in life and what they do. Today, we are not about tech and code, we are about achievement and drive, the same aspects that makes us be better in what we do- enter Lebron James, AKA King James.

Cleveland Cavaliers star LeBron James passed Michael Jordan for first place on the all-time playoffs scoring list with a 3-pointer from the left wing with 2:40 left in the third quarter of Game 5 of the Eastern Conference finals Thursday.

The shot gave him 29 points for the game and 5,989 points for his postseason career to edge him past Jordan’s mark of 5,987. He ran back down the court with his index finger up in the air, signaling his place in history.

James finished with 35 points in the Cavaliers’ 135-102 win over the Boston Celtics, clinching the third straight conference title for the Cavs and James’ seventh straight trip to the NBA Finals.

“I wear the number because of Mike,” James said of the No. 23 on his uniform. “I think I fell in love with the game because of Mike, just because of what he was able to accomplish. When you’re watching Michael Jordan it’s almost like a god. So I didn’t think I could be Mike.”

Jordan’s record stood for 20 years, as he scored his last playoff points in the Chicago Bulls‘ Game 6 win over the Utah Jazz in the 1998 NBA Finals.

Following the accomplishment, Kyrie Irving could be seen yelling in James’ ear as he sat on the bench with a towel draped over his head. James told ESPN it was Irving urging him to celebrate and enjoy the record, using colorful language of course, after the four-time MVP was initially acting modest around his teammates. 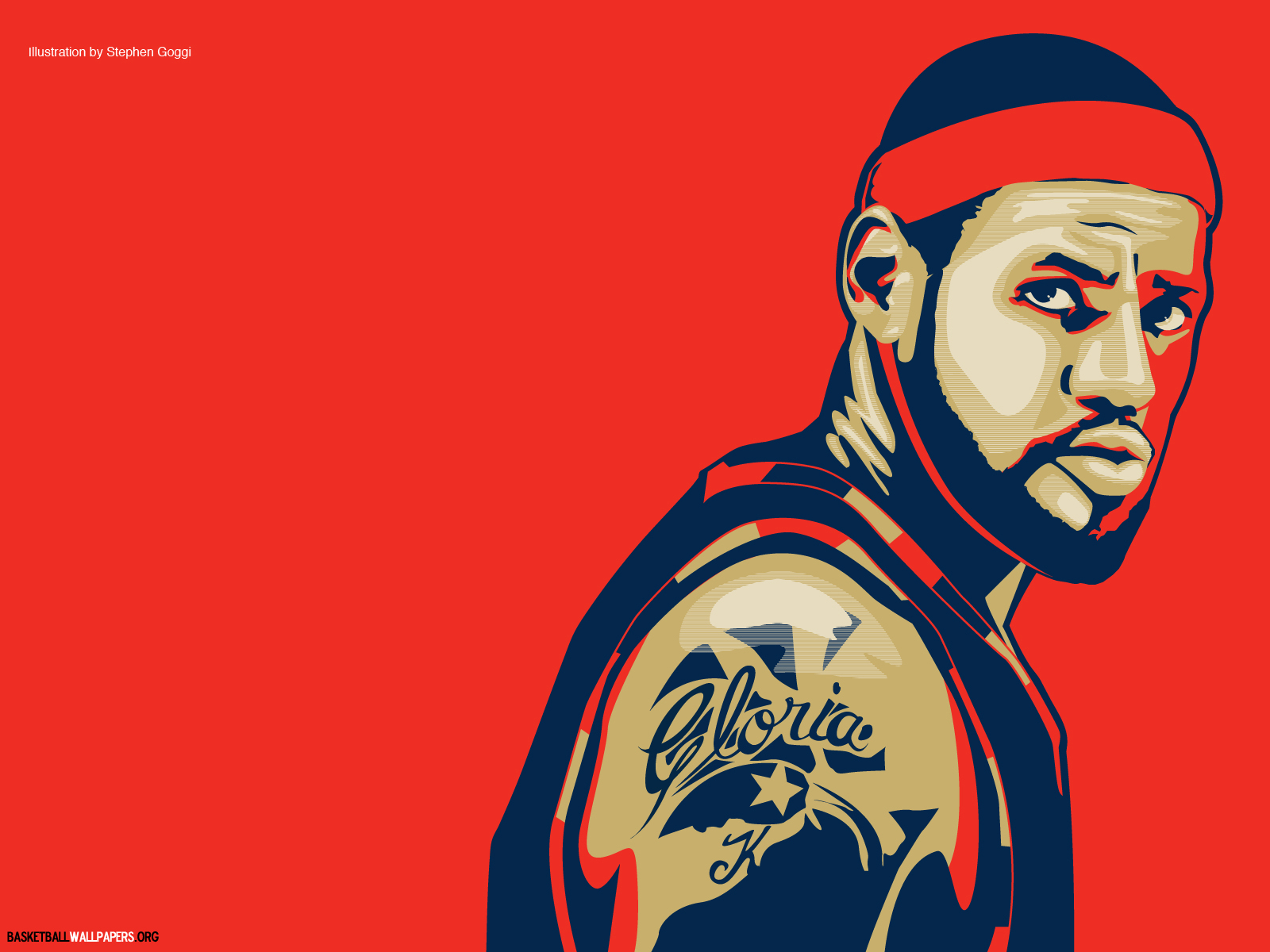 By the time the game was over, James was ready to relish the moment, even slipping into a pair of retro Air Jordan 1 sneakers, appropriately enough, to complete his postgame attire. James claimed the footwear choice was unplanned, but he did take delight in JR Smith‘s wearing a pair of Supreme Nike Air More Uptempo sneakers.

“I got the Michaels, you got the Scotties,” James told Smith, referring to the style of shoe Scottie Pippen once wore as Jordan’s teammate on the Bulls.

“For my name to come up in the discussion with the greatest basketball player of all time, it’s like, ‘Wow,’ ” James said. “Like I said, I did pretty much everything that MJ did when I was a kid. I shot fadeaways before I should have. I wore a leg sleeve on my leg and folded it down so you saw the red part. I wore black and red shoes with white socks. I wore short shorts so you could see my undershorts underneath. I didn’t go bald like Mike, but I’m getting there. But [my baldness] will be post-career, though. That’s the only thing I didn’t do. But other than that, I did everything Mike did. I even wore a wristband on my forearm. I didn’t do the hoop earring, either. That was Mike. But I did everything Mike did, man.

“I wanted to be Mike, so for my name to come up in any discussion with Michael Jordan or Kareem [Abdul-Jabbar] or all these guys that’s paved the ways for Tristan [Thompson] and Kevin [Love], myself and Swish [Smith], it’s a wow factor. I don’t really have anything to say.”

James, who also ranks in the top 10 in playoff rebounds (seventh), playoff assists (third) and playoff steals (second), did not emphasize the points any more than the other ways in which he impacts the game.

“I’m not a scorer,” James said before the game. “I don’t want to be labeled as a scorer. I can put the ball in the hoop. I’m a playmaker. I’m a player. Put me on the court and I find ways to be successful. So, when you talk about scorers, we have a lot of great scorers in our league. All-time guys who shot a lot of shots and volume shooters and scored the ball at a high clip. I’m not one of those guys. I’m a guy who always got happy and excited seeing my team successful, seeing my individual teammates be successful and that’s how I felt in Game 4 with [Irving] doing what he did.” 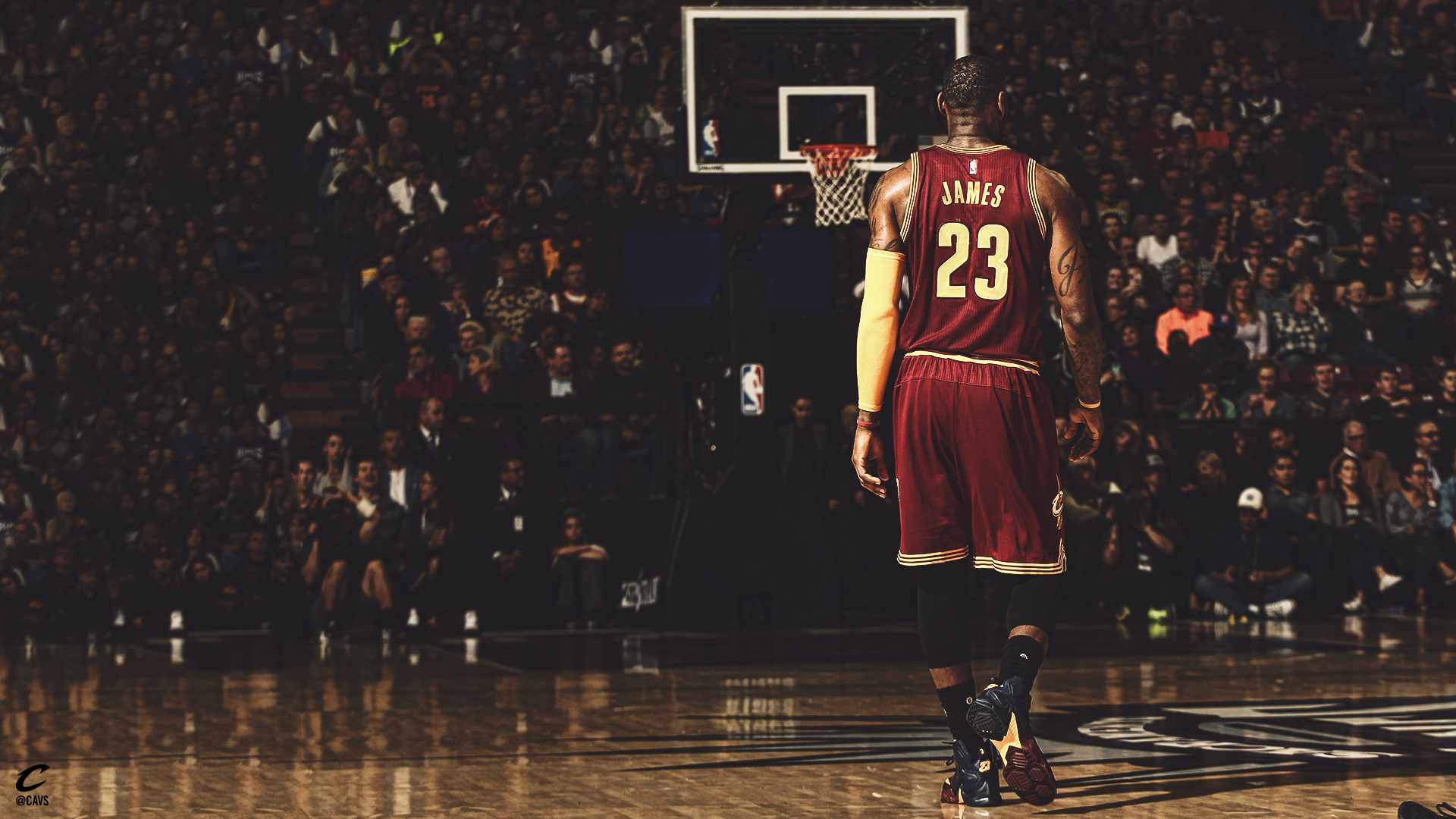 Irving scored 42 points in Game 4 to lead Cleveland to a 3-1 series lead with James having to spend more time on the bench than usual after being whistled for four fouls in the first half for the first time in his career.

Coming into Thursday, James was averaging 28.2 points in his 211 postseason games. James’ overall playoff field goal percentage (48.2 percent) and 3-point accuracy (32.7 percent) are in range with Jordan (48.7 percent total, 33.2 percent from 3); however, Jordan averaged 33.4 points in the playoffs.

“I think the biggest thing for me sitting here today after breaking the all-time scoring record in playoff history is that I did it just being me,” James said. “I don’t have to score the ball to make an impact in the basketball game. That was my mindset when I started playing the game. I was like, if I’m not scoring the ball, how can I still make an impact on the game? It’s carried me all the way to this point now, and it’s going to carry me for the rest of my career.”

Jordan played 179 games in his postseason career. When James passed him with his 180th postseason game last spring, he was self-deprecating about the achievement. “That [Jordan] closed out series faster than me,” James said with a smile when asked what the mark meant to him.

Cavs coach Tyronn Lue was a teammate of Jordan’s with the Washington Wizards and said hearing Jordan and James linked these days is inevitable.

“The comparison is always going to be there, they’re always going to continue to talk about it, but just showing that you’re able to pass Michael Jordan, on this kind of stage and in a playoff magnitude, just means LeBron’s been doing a lot of winning,” Lue said. “Been advancing, been playing well to get to the playoffs a lot, so a tribute to him and his hard work.”

James also described his pursuit of Jordan’s impeccable legacy in the sport as a “personal goal of mine” on Thursday. He said the goal is focused on how he will be perceived as an all-time great on Jordan’s level when he retires, rather than involving any statistical comparison.

“It has nothing to do with passing the rings, passing the points, passing MVPs,” James said. “It’s just my personal goal to keep me motivated — that’s all.”

James (seventh place, 28,787 points) still trails Jordan (fourth place, 32,292 points) on the all-time regular-season scoring list. He will pass him sometime late in the 2018-19 season should he maintain his career average of 27.1 points per game in the regular season.

James was asked whether kids would now be influenced to “Be Like LeBron,” harkening back to the old “Be Like Mike” ad campaign for Gatorade.

“That’s all part of the plan,” James said. “It’s been part of the plan since I really started taking this game serious, to say how can I get the youth to feel like passing the ball is OK, making the extra pass is OK, drawing two defenders and no matter if you win or lose, if you make the right play, it’s OK. Because like you said, scoring the ball is so heralded in our sport. I want the fundamentals of the game to be as great as they can be. And if some kid or a group of kids from the West Coast or the East Coast or the Midwest or the South and everything in between all around the world can look at me and say, ‘Well, I made the extra pass because LeBron made the extra pass,’ or, ‘I got a chasedown block and I didn’t give up on the play because LeBron didn’t give up,’ that would mean the world to me.”

This article first appeared on ESPN.