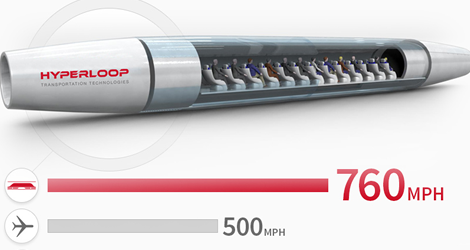 Elon Musk is into transportation, whether it’s an electric car or a spaceship. He detailed a plan to revolutionize a portion of public transit. It’s called the Hyperloop, and it’s meant to get folks from SF to LA (or any two cities less than 900 miles apart) in 30 minutes seated in aluminum pods that are hurtled to and fro at 800 miles an hour in a pair of steel tubes.

To keep things safe, pods will be spaced five miles apart so that they can stop without running into each other, which means a total of 70 pods could operate simultaneously. 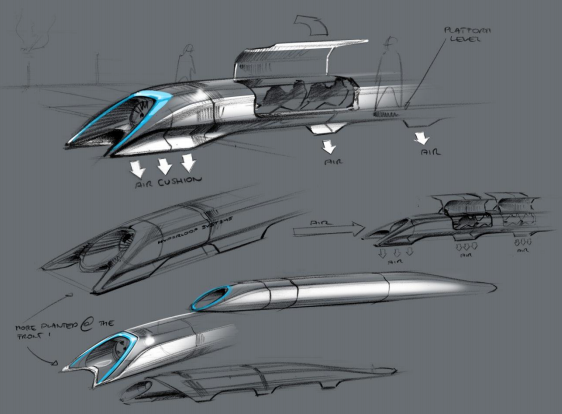 Of course, the real question is how to get the pods moving at those speeds? One main issue with such transport is wind resistance (and associated friction) that increases as the speed of the pods inside the tube escalate. Naturally, one could operate the tubes in a complete vacuum to eliminate the problem, but keeping such a system free of air would be difficult over such long distances.

Instead, the proposed Hyperloop system works as a low air pressure environment that is easily maintained with standard commercial compressors. Additionally, “an electric compressor fan on the nose of the pod that actively transfers high pressure air from the front to the rear of the vessel” is there to relieve what air does build up at the front.

This compressor fan would also generate an air bearing around the pod to keep it suspended in the middle of the tube, much as an air hockey table suspends a plastic puck. As for power? Well, that comes from external linear electric motors positioned every 70 miles to keep the pods humming along at subsonic speeds. 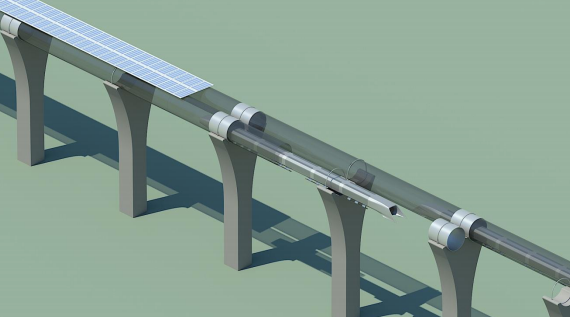 Musk’s Hyperloop plans don’t stop there, either. His proposal accounts for potential pitfalls with building the necessary tubes and powering the system. As for the first issue, the California Hyperloop could be built on top of pylons and run parallel to an existing interstate linking LA and SF to minimize environmental impact and the need to acquire land for the project.

Pylon construction also provides the added benefit of being better able to withstand the forces of an earthquake than a terrestrial train can. As for concerns about power, Musk proposes covering the tubes in solar cells so that the system actually generates more electricity than it consumes. 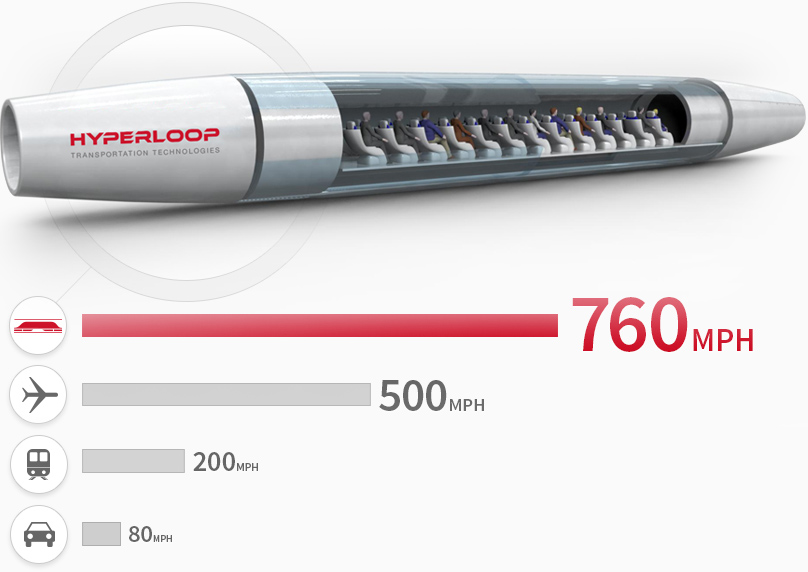 All told, Elon estimates the cost of constructing Hyperloop to be around $6 billion, but the plan is far from set in stone. He’s already said that an updated version of the project is in the works and he’s offered up his plans as an open design, so he’s open to suggestions and improvements from others. And, to prove that his plan can actually work, Musk may build a functional demonstration prototype. Should be easy, Elon. It’s not like you have anything else to do, right?