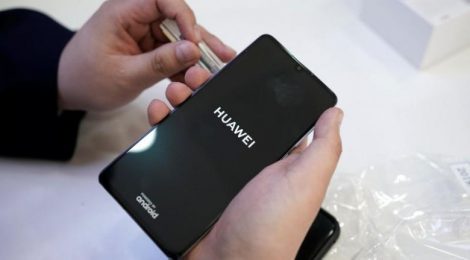 Huawei and the 5G saga

Am sure, in the recent few days, weeks, y’all have heard or read about the battles the Chinese Telco, Huawei( It’s the world’s No. 1 telecom supplier and No. 2 smartphone maker.  ) is battling, censorship, bans, fines, courtcases on its leadership among others with governments and organizations.

why the so much fuss anyway? well…

So first and foremost, what is 5G

5G is the 5th generation of mobile networks, a significant evolution of todays 4G LTE networks.  5G is being designed to meet the very large growth in data and connectivity of today’s modern society, the internet of things with billions of connected devices, and tomorrow’s innovations.

5G will initially operate in conjunction with existing 4G networks before evolving to fully standalone networks in subsequent releases and coverage expansions.

5G uses radio waves or radio frequency (RF) energy to transmit and receive voice and data connecting our communities. In addition to delivering faster connections and greater capacity, a very important advantage of 5G is the fast response time referred to as latency.

Latency is the time taken for devices to respond to each other over the wireless network.  3G networks had a typical response time of 100 milliseconds, 4G is around 30 milliseconds and 5G will be as low as 1 millisecond.  This is virtually instantaneous opening up a new world of connected applications.

5G will provide the speed, low latency and connectivity to enable a new generation of applications, services and business opportunities that have not been seen before.

So, with Huawei being ahead of this amazing technology, why it it on the front-lines receiving fire?

The core issue with Huawei has been concerns about its coziness with the Chinese government and fears that its equipment could be used to spy on other countries and companies. It’s the reason why the US banned companies from using Huawei networking equipment in 2012 and the company was added to the US Department of Commerce’s Bureau of Industry and Security Entity List on May 15, following an executive order from President Donald Trump effectively banning Huawei from US communications networks.

Over the last few months, there’s been an upswing in scrutiny of Huawei, with a number of countries banning the use of its networking equipment. That’s why its smartphones are virtually invisible in the US despite its massive presence around the world.

Huawei, for its part, has long denied any wrongdoing and continues to maintain its innocence through the recent charges.

Fact: the US is terrified of one Chinese company controlling the world’s 5G networks.

US lobbying against Chinese firm Huawei, one of the biggest phone makers and telecommunications kit providers in the world, hit a new during the phone industry’s big annual conference.

Around 100,000 technology vendors, carriers, and device makers head to Mobile World Congress in Barcelona every year both to strike deals and to showcase emerging technologies.

This year, the conversation was dominated almost exclusively by 5G, as carriers look to introduce next-generation, superfast mobile networks.

The conference was heavily sponsored by Huawei, as the firm made its big pitch about its 5G capabilities.

But looming in the background were the months of negative press about whether Huawei’s equipment might have a backdoor that would allow the Chinese government to spy on people.

Security experts with ties to the US government said America’s lobbying efforts are about more than just protecting the West’s nascent 5G networks from potential Chinese spies.

Joseph Campbell, a director in the global investigations and compliance practice at Navigant Consulting and formerly assistant director of criminal investigations at the FBI, says the Huawei fight is a proxy for bigger US fears about China’s ambition.

“We don’t know as private citizens all the intelligence information the US and its allies have gathered relative to China and Huawei, But… theres no doubt China is a significant threat for the United States, they are committed to becoming a lead economic and military power in the world.”

“Data is power,” he added. “Eventually Huawei could be in the position where it could interfere with data traffic, sharing usage, or even engaging in proactive activity to extract that information and use it for their own benefit.”

Ang Cui, CEO of security firm Red Balloon, added that whoever dominated 5G would potentially have access to billions of additional connected devices expected to be enabled by the faster network.According to Ericsson , there will be a total of 29 billion connected devices by 2022.

“Whoever gets to dominate 5G infrastructure will become the owner of the next generation of the world’s telecoms infrastructure,” he said. “If you look back 30 years, [the US Defense Department] funded… what became the internet. US companies provided a lot of the technology and infrastructure.”

Cui added: “The internet turned out not to be perfect, but the world doesn’t suspect that the US runs a pervasive surveillance mechanism.”

Still, Huawei did play on fears that the US does carry out wide-ranging surveillance with its reference to the PRISM system , and the newly introduced Cloud Act , which would force Amazon, Microsoft, and other tech providers to hand over data.

Campbell, the former FBI staffer, said it came down to differences in the legal approach by the two countries.

Actually obtaining data under a law like the Cloud Act, he said, involves many layers of authorisation and back-and-forth between the FBI, the Attorney General, and a further judicial process.

And such laws in the US are intended to help criminal investigations and national security investigations, Campbell said. He added that China’s approach to data-gathering was more self-serving.

“Their usage of laws is much more towards benefiting the state in general and the ability to drive its own economic and military capabilities,” he said.

Huawei’s business is much bigger in Europe, the Middle East, and African than it is in the US

It would be a major victory if the US does manage to persuade more European governments to ban Huawei, simply because its business in EMEA is so much bigger than in the US.

The Americas account for only a small portion of Huawei’s business, according to its most recently available financial report from 2017. Just 6.5% of its $90 billion in revenue came from the Americas that year, while Europe accounted for more than a quarter. Its strongest-performing division was its carrier business the arm that would be providing 5G equipment to telecommunications providers.

One problem for US lobbying efforts is that Huawei is already deeply embedded in European telecoms networks, and is already helping to test 5G networks in the UK.

“They are a trusted vendor, a trusted provider,” one senior UK telecoms executive involved in 5G testing told Business Insider at Mobile World Congress. The person added that operators would come to their own decisions about Huawei, but would listen to advice issued by UK intelligence.

Detecting whether there are vulnerabilities in a piece of equipment or the software that runs on it is difficult, Cui said. “If someone puts in a backdoor, theyre going to hide it. So this is not going to be on a spec sheet, it’s not going to be an obvious thing they give access to.”

He likened a backdoor to the hidden blocks in a Super Mario game which remain invisible to the player.

“You jump, you dont see anything, but something happens,” Cui said. “It’s a cheat in the system that no one knows about, and that changes the entire security system. It could be in the hardware or the firmware, and perhaps not even a full bug, but a small vulnerability somewhere in the code that only you know about.”

UK intelligence is due to publish a report on Huawei in the coming weeks , and early indications suggest that the authorities will conclude they can mitigate the risk from using the Chinese firm’s kit.

For the US though, the risk is just too high.

“Certainly Germany, the UK, have independent abilities to assess the threat posed by Huawei, and determine if they can put in the right mitigations,” said former FBI exec Campbell. “Obviously the US doesn’t feel mitigation techniques would be effective… they would prefer to eliminate that threat.”

So as the Saga unwraps with everyone running to control the 5g infrastructure, it does seem to me as a battle of dominance in the Telco industry because with information comes a lot of money and power, power mostly…