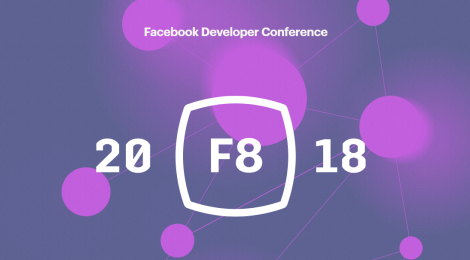 Despite the recent controversy around privacy and controversy, Facebook is moving past these issues with new features.

At his keynote speech at the F8 2018 conference that has just started, this Mark Zuckerberg had this to say;

“We are all here because we are optimistic about the future,we have real challenges to address but we have to keep that sense of optimism too. What I learned this year is we have to take a broader view of our responsibility.”-Mark Zuckerberg.

And Facebook is adding new features for dating, Zuckerberg announced. There are 200 million people who have marked themselves as single on Facebook, he said.

“This is going to be for building real long term relationships, not just hookups, it’s going to be in the Facebook app but it’s totally optional. It’s opt in… we have designed this with privacy and safety in mind from the beginning… you will only be suggested people who are not your friends.”

The tool will let people build separate profiles just for dating using their first names only. Their regular friends won’t see these profiles. People using the feature will be able to pick what groups or events they want to “unlock” to see more potential matches with the same interests.

Shortly before Zuckerberg’s keynote began, the company announced a new privacy feature that will, once launched, allow users to clear their browsing history on Facebook, including what they’ve clicked on and which websites they’ve visited.

Instagram is getting a few updates as well. The photo-sharing app is adding group video chats to its messaging tool. The video can be minimized so that users can chat while still liking photos and swiping through their feed. Other new features coming to Instagram include augmented reality overlays from developers, like funny mustaches and hats, and new ways for third-party apps to have videos post directly to stories on Instagram and Facebook.

A new instagram tool will filter comments and hide ones it detects as bullying. The filter is turned on automatically and rolling out around the world. It looks for attacks on a person’s looks or well-being, and reports repeat offenders.

What’s up with WhatsApp?

WhatsApp may have lost its CEO, but it’s gaining stickers and group video calls.

What’sApp CEO Jan Koum announced Monday he was leaving WhatsApp and Facebook’s board. Koum clashed with Facebook over its approach to encryption and personal data, according to a Washington Post report.

“I just want to take a moment to thank Jan … he has been a tireless advocate for privacy and encryption,” Zuckerberg at the start of his keynote. “One of the things I’m most proud of is we’ve built the largest fully encrypted network in the world, and this would not have happened without Jan.”

Messenger gets a refresh

Facebook’s other messaging tool is also getting a couple new features. The Messenger app’s layout has been redesigned, so that it looks cleaner. It is adding a limited translation feature that can translate English to Spanish and back for people chatting over Facebook Marketplace in the US. Messenger is going to expand that feature gradually, Facebook said, with suggestions for more translations in the future.

Companies that use Messenger to talk to customers can now add augmented reality effects to their chats. An early example is Sephora, which has new makeup AR overlays so that users can, say, try on blue eye shadow without leaving the house.

Mark jokes about his testimony

Zuckeberg was cheerful and even giggly at times during his presentation, a far cry from his stiff testimony two weeks ago in front of Congress. He had a much more receptive audience at F8, with developers cheering like he was a rock star and even yelling things like “thank you!” at the stage.

Zuckerberg called out “Watch Party,” a tool announced in January that lets you watch shows while chatting about them with your Facebook friends.

The event comes more than a month after news broke that Cambridge Analytica, a data firm with ties to President Donald Trump’s campaign, accessed information from as many as 87 million Facebook users without their knowledge.

We are keenly following up on the F8 2018 conference currently going on.