Menu
Browse: Home   /   Bitcoin2X and what it means for you! 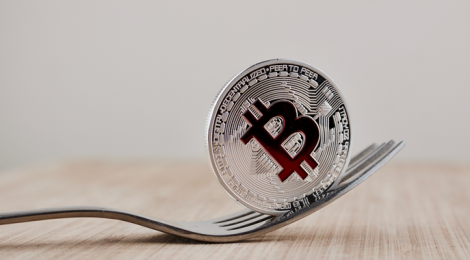 Bitcoin2X and what it means for you!

Peter Kivuti / November 9, 2017 / Comments Off on Bitcoin2X and what it means for you! / Bitcoin, Business, Crypto-currency, Engineering, Technology, WORLD

If you’ve been following Bitcoin for any length of time, you’ll notice that one of the major discussions in the marketplace is all about forks — hard forks, soft forks, etc.

Are they still Bitcoin?

Are they the new Bitcoin?

What will happen if I already own Bitcoin? Which side should I support?

Don’t worry, I’ve put together all the relevant information in this post to help you navigate the change.

Well, there’s not really an simple answer to that — at least not as simple as you’d think.

Bitcoin is built on a blockchain system. This means that transactions using Bitcoin are processed by being placed in blocks and then added to the chain. Each block contains just 1MB of information, which limits the amount of transactions that can be placed on each block.

The debate regarding Bitcoin2X started when Bitcoin became more popular. The problem with 1MB blocks is that they don’t ‘scale’ well — that is, you can’t get any more transactions per block than you already have. Hence, the scaling debate.

The scaling debate ended with the signing of a famous document called the New York Agreement (NYA), which made provision for a first SegWit solution and then a following SegWit2X solution.

The proposed second solution, SegWit2X, was to take effect at block 494,784 on or around November 17. This solution would double the size of each transaction block to 2MB, meaning far more transactions could be processed per block. The change, however, had to be a ‘hard fork’, or a break in the Bitcoin blockchain in order to change the actual protocol of the block size.

If you need more transactions, increase the block size. More transactions happen, Bitcoin grows, and everyone is a winner. However, SegWit2X holds some darker issues inside, which have caused many of the early supporters to jump ship.

The danger of replay attacks

The main issue that is causing supporters to abandon ship is the problem of replay protection. Replay protection, simply put, is the ability to ensure that a transaction cannot be ‘played’ on both chains.

Since Bitcoin could see the chain split into Bitcoin (BTC) and Bitcoin2X (B2X) in November, the two blockchains up until the point of the split will be the same. All the previous transaction blocks are copied from the BTC blockchain onto the B2X blockchain, and new blocks are added to both chains.

If the B2X chain does not have replay protection, transactions will be valid on both chains at the same time. This means, simply, that transactions could be “replayed” — that is, copied, from one chain to the other. Transactions could happen on both chains simultaneously, meaning that BTC could be used twice, but only exist once. This is called a “replay attack,” and it’s the very thing that Satoshi Nakamoto worked hard to eliminate in the legacy Bitcoin chain.

This sort of attack is extremely dangerous.

Savvy Bitcoin users could quadruple the usefulness of their Bitcoin overnight, while merchants and exchanges are left holding the bag for BTC that doesn’t actually exist.

Currently, the B2X chain does not have replay protection built in. Certain exchanges have already begun building in the code in a proprietary way, but the complexity is great. For this reason, many have recently come out against the B2X hard fork.

For the normal or beginner Bitcoiner, all this information may seem overkill. What will happen to your Bitcoin? The answer is that, should the hard fork occur on or around November 17, for each BTC you own, you’ll receive an equal amount of B2X.

Currently, miners are signaling 85 percent in favor of the B2X scaling. However, miners have been known to change their minds at the last minute, and the signaling is not binding. Hence, many believe that the mining power will shift away from B2X near the time of the fork.

However, in the unlikely event that the fork occurs and 85 percent of the hash rate moves to B2X, transaction times for BTC will slow significantly. The normal 10 minute block time would increase to somewhere around 65+ minutes. This would also mean that transaction prices would skyrocket.

If the B2X fork is generally under supported by miners, little would occur to the original BTC blockchain, and things would progress as normal, not unlike the recent Bitcoin Cash (BCH) hard fork. Currently, based on futures estimates, this will be the case, and the BTC chain will have the majority of hash power.

If you’re planning on holding your BTC for a long time, this hard fork will have little effect on you. As the split happens, you’ll simply receive your B2X tokens in a separate wallet on your exchange, and you can then dispose of them as you wish, once the exchange has reopened and is allowing B2X transactions.

Those who are holding BTC for the long haul will not notice any major disruption. Transactions will likely grind to a halt for a short time, as the fork plays out, but the general movement of the blockchain will continue promptly. Mining is a profitable venture, and miners have no intention of slowing that pace — once the fork happens, the miners will begin mining on the chain that is more profitable, and the blockchains will continue.

If you are seeking to use BTC for general daily transactions, the hard fork may stop things for you for a short time. However, generally, within 24 hours, most of the exchanges should be back up and running, with a large number of transactions moving forward.

Regardless of which side ultimately prevails, the hard fork will represent the best and worst things about cryptocurrency. The freedom from external controls is the single greatest strength and weakness of the system, and that will become painfully obvious in the near future.