Menu
Browse: Home   /   Bitcoin Mining; What You Need to Know 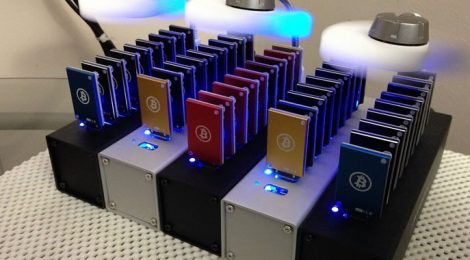 Bitcoin Mining; What You Need to Know

Bitcoins are cash that you mine like gold. And thanks to the way bitcoins are minted, it’s not too late to have bitcoins of your own. Today Bitcoin is trading at 1BTC/$1,046.00 and the price keeps fluctuating all the time, it might be a good time to consider the ins and outs and the pros and cons of bitcoin mining.

Bitcoin is different kind of currency. It’s a cyber currency that isn’t printed on any level. You might find an image of a nice shiny bitcoin on the Internet,but it’s just an image. There is no such thing as a tangible bitcoin, except for illustrative purposes. That’s because bitcoins aren’t printed or minted; they’re discovered.

But how can you discover a bitcoin? There are three main ways: you can buy bitcoins on an exchange, you can accept bitcoins for goods and/or services, and you can mine new ones.

“Bitcoin mining” is a term used to describe the discovery or verification of new bitcoins.

How Many Bitcoins Can Be Mined?

It was fairly easy to mine for bitcoins in the beginning, a whole seven to nine years ago. But that’s the way it was set up, a steep curve that gets harder the closer we get to the 21 millionth bitcoin.

Today, 25 bitcoins are mined every 10 minutes. The rate at which they are mined is cut in half every four years until they are all in circulation. There have been two halving so far; that was on November 28, 2012, when the number of new bitcoins being discovered every 10 minutes went from 50 to 25 and in July 9 2016 when the bitcoin block reward was set to fall from 25 bitcoins to 12.5 bitcoins.

At this rate, the final bitcoin will be mined by 2140.

Fear not, though, because bitcoins can be divided into smaller, fractional parts. The smallest is one-hundred-millionth of a bitcoin, called a satoshi after the founder of bitcoin. So while the number of bitcoins will be stuck at 21 million, the number of smaller divisions available for use is 2.1e+15. That’s 2,100,000,000,000,000, or 2.1 quadrillion. And even with inflation, by 2140, that will probably be more than enough to go around. 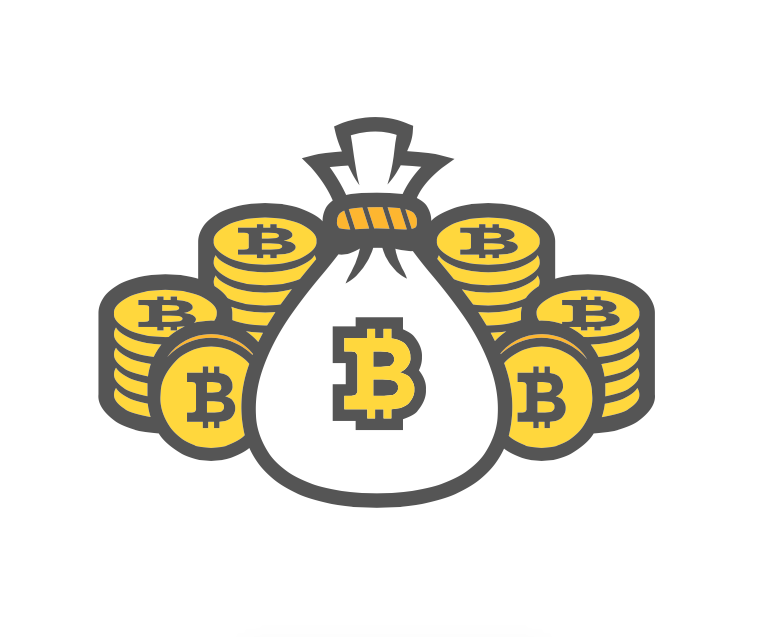 How Do You Start Bitcoin Mining?

The competition to mine bitcoins is heating up, but if you really want to get in on the ground floor and mine bitcoins, as opposed to purchasing them, you can.

How does bitcoin mining work?

Bitcoins are decentralized into a block chain, an ever-growing ledger that contains the entire transaction history of all bitcoins in circulation. An ever-evolving copy of this ledger is on the thousands of computers joined to the bitcoin network.

There’s the rub! Because bitcoins are decentralized, it’s imperative to know that the ledger isn’t manipulated by someone falsely claiming to discover 100 bitcoins or by someone spending the same bitcoin two or three times.

During a set period of time, roughly every 10 minutes, computers running bitcoin software collect pending bitcoin transactions called a block chain. The miner’s goal is to unlock that virtual block chain. Those who do are rewarded with newly minted bitcoins.

Bitcoin mining isn’t so much about discovering new bitcoins like a gold miner searches for gold. Bitcoin mining is all about being rewarded for validating the authenticity of pending bitcoin transactions.

To do this, bitcoin miners confirm these pending transactions by applying a mathematical formula—the answer, so to speak, is a random sequence of letters and numbers, known as a hash. This is part of a hash “7b876288959d80cae55c00192.” (Source: “Bitcoin Block Explorer,” BlockChain.info, last accessed June 2, 2016.)

The first miner to verify the transaction is rewarded with 25 newly created bitcoins. That’s where the incentive comes in to solve an equation and find the correct key. But it takes a lot of virtual work to get that key.

It takes about 1.8 billion attempts over a 10-minute period to unlock each block chain and find the correct key.

That correct hash is then added to the end of the ledger. This might not sound like a big deal, but each block’s hash is produced using the hash of the block before it, confirming that the block and every block that comes after is authentic. If you try and create a fake hash and add it to the ledger, it would put everything out of whack and everyone would know it’s fake.

To fake a hash you’d basically have to have control of more than half of the bitcoin network’s puzzle-solving capacity, which would be expensive and would probably outweigh the value of the bitcoins you were looking to mine.

Yes, you can mine for bitcoins at home; you just have to decide if it’s worth it. When bitcoin mining first began, regular off-the-shelf PCs were fast enough to discover bitcoins.

Since 2009, though, the competition for bitcoins has heated up. As a result, bitcoin miners have had to use faster hardware in order to discover new bitcoins. Whereas a generic PC from Radio Shack might have helped you mine bitcoins a few years ago.

Today, you can purchase hardware designed for one purpose—to mine bitcoins.

Called bitcoin mining-rigs, the super-fast number-crunching hardware that can help you discover new bitcoins can cost you well over $10,000. Joined together, they’re basically supercomputers. 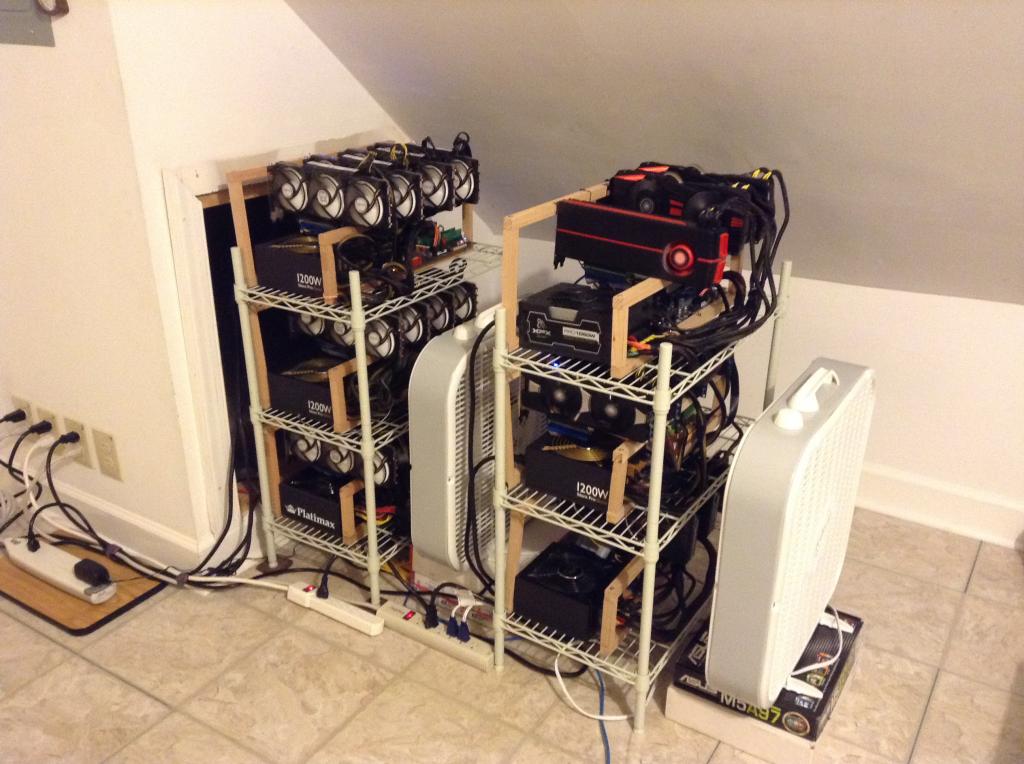 It can also cost you a lot less, depending on how fast you want your system to run. If you want to mine for bitcoins at home, you can purchase everything you need on Amazon. And it won’t cost anywhere near $10,000—closer to a few hundred dollars.

There are a number of tutorials online that can help you put one together. You can Google “How to Build a Bitcoin Miner” or “Building a Bitcoin Miner with a Raspberry Pi” to get started.

You’ll also need to download the bitcoin mining software needed to mine for bitcoins. It’s open source, which means it’s free to download and run, plus it’s available for different operating systems.

The software does all the heavy work, looking for the seemingly random combination that will open the padlock to the block of pending transfers. The faster and more powerful the hardware, the faster you’ll be able to mine for bitcoins.

As a prospective miner, you’ll also need a bitcoin wallet, an encrypted online bank account. Once a bitcoin has been created (mined) by your computer it is deposited into your virtual online bitcoin wallet.

Again, you’re competing with hundreds of thousands of computers around the world. How can you compete with a massive supercomputer? It’s difficult to do on your own. That’s why it might be a good idea to join a mining pool.

On one hand, joining a bitcoin mining pool means sharing your rewards. On the other, it means you actually have a chance at solving a block and mining bitcoins. It may actually even be cost-prohibitive to run a bitcoin mining-rig on your own. After all, in addition to paying for the hardware, you also need to pay for the electricity to run and cool your system non-stop.

Once you start mining, you can use a bitcoin mining calculator to calculate your mining profitability. There are a large number of bitcoin mining calculators you can use online. They all follow a similar protocol: enter your bitcoin mining hardware hash rate in gigahertz per second, power wattage, and cost of electricity (dollars per kilowatt hour). The current bitcoin difficult, bitcoin block reward, and bitcoin price is usually entered automatically. The bitcoin calculator will show you your return on investment.

Joining a mining pool might be your best option. You may only make a dollar or two a day, which might not sound like very much, but remember, at this level, it’s probably more of a hobby than a career. And using this kind of modest mining rig is probably the most affordable way to maximize your investment in bitcoins.

Of course, that dollar or two a day will fluctuate with the daily volatility. Bitcoins may be trading near $1,045.46 apiece, but some are predicting they will eventually hit $10,000.

Once you’ve mined a bitcoin or fraction of a bitcoin, you may want to use a platform like “Coinbase” to store, trade, and sell bitcoins.

If bitcoin mining doesn’t sound like a hobby you want to take up, you can always purchase them on an exchange.