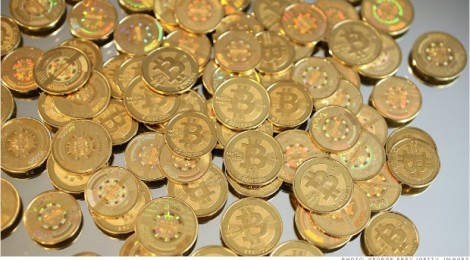 I  actually mean it when I say in the header that MT.Gox malfunctioned, because it literally did and guys are pissed what! Well Mt. Gox, the Tokyo-based Bitcoin exchange that halted withdrawals this month, went offline as a document surfaced alleging long-term theft of about $365 million in the digital currency.

The document, which outlines plans for leadership changes, re-branding and a possible move to Singapore, was posted online by blogger Ryan Galt. A person briefed on the situation at Mt. Gox, who asked to remain anonymous because the document is private, said he believed it is authentic. A document posted online that appeared to be an internal strategy paper said unidentified thieves stole 744,408 Bitcoins from the exchange, about $365 million at current rates,  and that the theft “went unnoticed for several years.” ( Men that sounds like somewhere in Kenya ) .

Oh! silly me. for those who do not know about what i am blogging on, here is something…

So lets start with BitCoin eh?

Bitcoin is a peer-to-peer payment system and digital currency introduced as open source software in 2009 by pseudonymous developer Satoshi Nakamoto. It is a crypto-currency,so-called because it uses cryptography to control the creation and transfer of money.Conventionally, the capitalized word “Bitcoin” refers to the technology and network, whereas lowercase “bitcoins” refers to the currency itself.

Bitcoins are created by a process called mining, in which participants verify and record payments in exchange for transaction fees and newly minted bitcoins.Users send and receive bitcoins using wallet software on a personal computer, mobile device, or a web application. Bitcoins can be obtained by mining or in exchange for products, services, or other currencies.

Bitcoin as a form of payment for products and services has seen growth, however, and merchants have an incentive to accept the currency because transaction fees are lower than the 2–3% typically imposed by credit card processors. Though it has it setbacks since MT.Gox is not the only bitcoin exchange but what happened over there scared major online merchants with speculation running on the security behind BitCoin as a digital currency.

Now we look at  MT. Gox then we combine the two OK?

Mt. Gox is a Bitcoin exchange based in Tokyo, Japan. Mt. Gox was established in 2009 as a trading card exchange, but re-branded itself in 2010 as a Bitcoin business and was, for a time, the largest-volume Bitcoin exchange ( I will need further research on it but this is what i got )

The Mt. Gox website was originally founded by Jed McCaleb as an online exchange for buying and selling Magic: The Gathering Cards, a popular trading card game.Its name was an acronym of Magic: The Gathering Online eXchange.McCaleb changed the site to a Bitcoin exchange, and as it began to take off in 2011, he sold it to Mark Karpeles.Under Karpeles’ ownership, the site grew to handle 70% of the world’s bitcoin trades by April 2013.

On 23 February 2014, the CEO of Mt. Gox resigned from the board of the Bitcoin Foundation.The same day, all posts on their Twitter account were removed.

On 24 February 2014, Mt. Gox suspended all trading, and hours later its website went offline, returning a blank page. Oh that must have tickled some nerves and pulled some hair, that I am sure of. I think the most irking thing was this letter when you access the Mt.Gox website:

In light of recent news reports and the potential repercussions on MtGox’s operations and the market, a decision was taken to close all transactions for the time being in order to protect the site and our users. We will be closely monitoring the situation and will react accordingly.

BAM! there you go now this created a doubt avalanche on the BitCoin Technology flaws and got everyone talking and others offline! There are other BitCoin eXchange business that actually distanced themselves from the MT.Gox issue but they must admit that they too need to review their security options ( I know they are geeks but so are the MT.Gox guys )

Here is a video from Bloomberg