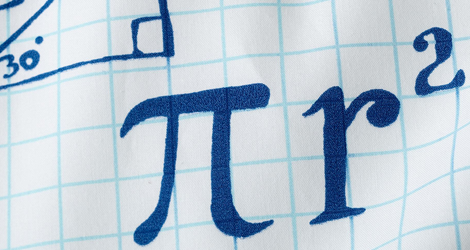 If you haven’t, you would be surprised by how many people have. Pi Day–a celebration of the number pi, or roughly 3.14159–seems like something only for geeks, but it’s also a great example of how an unlikely idea can wheedle its way into the status quo.

Think about it: The founders of Pi Day have taken something only a few people ever think about, and even fewer care about, and turned it into a phenomenon that’s celebrated by thousands.

so where did it start?

Granted, Pi Day was started sort of by accident. Larry Shaw, a scientist at the San Francisco Exploratorium, just put out pie for some of the staff on March 14, 1988. The next year, some museum visitors noticed and asked what was going on. Pi Day got bigger–and weirder–from there.

If you’re starting with just the germ of an idea and need to convince huge swaths of people to adopt it, there’s a lot you can learn from Pi Day.

Pi Day celebrates a number. Given that the big holidays are either religious or historical in nature, this is a pretty serious handicap. Pi is special: It occurs repeatedly throughout geometry.

anytime you have cycles, frequencies, or anything that’s rotating. It’s in tons of different placesRon Hipschman, scientist

Pi has been calculated to 10 trillion digits, and counting. But still. In the end, it’s 3.14, or thereabouts.

Pi Day has a few things going for it. For one, it happens to be Albert Einstein’s birthday. That’s a nice coincidence, although it hasn’t really paid off, other than giving a boost to Pi Day celebrations in Princeton, New Jersey, Einstein’s longtime home.

And there is competition!

All this fuss about pi has, not surprisingly, brought attention to those who think that a different number–tau–should get more of the spotlight. Tau is two times pi, but really, it’s more accurate to say pi is half-tau, says Michael Hartl, a former physics instructor with Caltech, creator of the Ruby on Rails Tutorial, author of “The Tau Manifesto,” and co-founder of a self-publishing platform called Softcover. “Because it involves dividing by the diameter, pi isn’t the most natural choice for the circle constant,” Hartl says. “It’s just that it’s easier to measure the diameter than the radius, but a circle is defined by its radius.” Hartl says he celebrates Pi Day “ironically, as Half-Tau Day.”

One more and very critical thing, on Pi day, you do  not forget the pie!