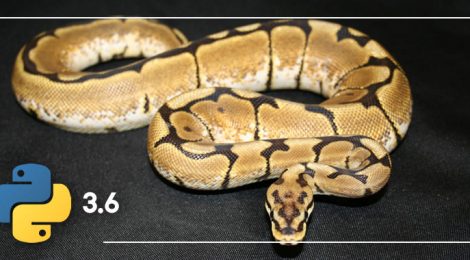 Python 3.6 has just been released by the Python Software Foundation. This release brings many new syntax features, including formatted string literals and underscores in numeric variables. Significant improvements in CPython implementation and standard library have also been made.

On December 8, 2016, Python 3.6 was released by the Python Software Foundation. Compared to version 3.5, Python 3.6 brings many new features, additional security measures, and tries to make things more productive and easy for developers. This article presents a short overview of the Python 3.6 features and syntax additions. Let’s take a look:

The version 3.6 has introduced some important syntax features —

Syntax for variable annotations: Here, we’re talking about the standard for type annotations of function parameters. This adds the syntax for annotating different types of variables

Asynchronous generators: Python 3.6 improves the support for native coroutines and sync / await syntax introduced in Python 3.5. Now, one can use await and yield in the same function body.

You can visit Python 3.6 What’s new page to know about all the changes in detail.

This version will continue receiving bugfixes every 3-6 months for the next 18 months. After Python 3.7 release, a final 3.6 bug fix will be released. After that, 3.6 is expected to get security updates until December 2021.

follow
Latest posts by Peter Kivuti (see all)
Tags: Python 3.6
← Google makes app updates 65% smaller but twice slower
What social media will do and NOT do for your business →