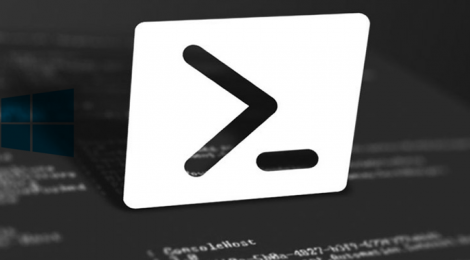 Microsoft has released a new Windows 10 Insider Build 14971. The latest release brings many new features likes the ability to read EPUB books in Microsoft Edge web browser, and the new Paint 3D application. Another big change in Build 14971 comes in the form of making PowerShell the default shell in Windows 10.

From now on, in Windows 10, PowerShell will be the defacto command shell from File Explorer. If you’ll press WIN+X, you’ll get PowerShell menu. Command Prompt is also replaced from the context menu that pops up when you Shift+Right-click any empty space. Typing cmd in Run will also open PowerShell in the new Windows 10 Insider build.

What if I want to stick with Command Prompt?

If you aren’t ready to accept this change and ditch Command Prompt, you can opt out of the WIN+X change. To do this, open Settings > Personalization > Taskbar. Now, turn the “Replace Command Prompt with Windows PowerShell in the menu when I right-click the Start button or press Windows key+X” option to “Off”.

The users are having a choice at the moment, but the future of Command Prompt remains unclear. One can expect Redmond to remove Command Prompt completely in future.

follow
Latest posts by Peter Kivuti (see all)
Tags: powershell, Windows 10
← New Coca Cola Bottle lets you take a Selfie!
Learning one of these programming languages will land you a great job or Make you an Icon! →