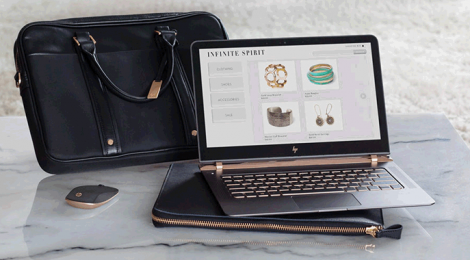 HP continues its march toward premium PC territory with the new HP Spectre, which the company calls “the world’s thinnest laptop.”

So far, the numbers stand up. According to HP, the 13-inch Spectre is 10.4mm thick, while Apple’s iconic MacBook Air is 17mm thick, as is the Lenovo LaVie (which can claim to be the world’s lightest 13-inch laptop). The 12-inch MacBook and the recent Razer Blade Stealth both clock in at 13mm thick. 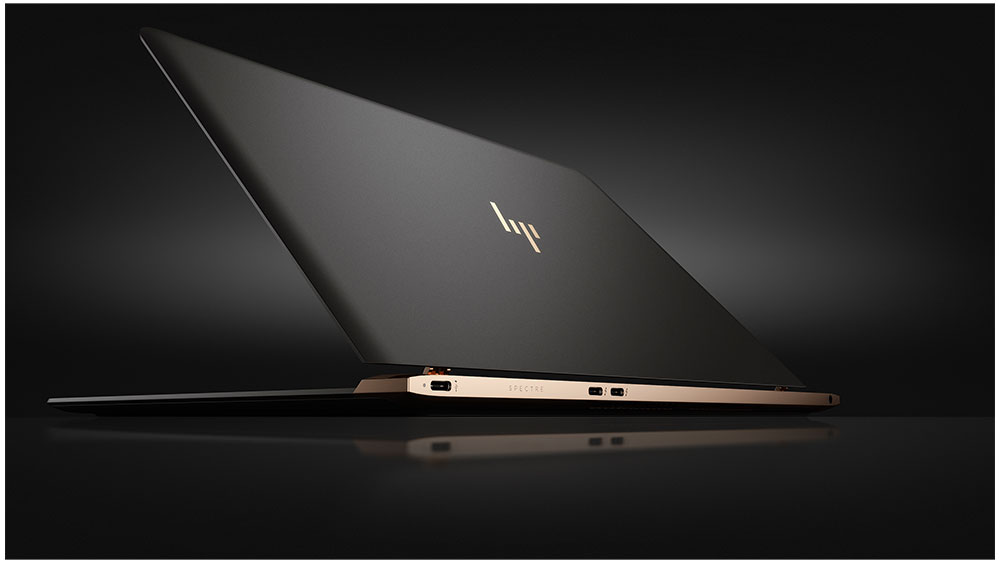 A bold color scheme also helps the Spectre stand out, ditching the usual silver/grey for a dark, smokey gray, with bold gold accents.The entire hinge is a bright, jeweled gold, which just draws more attention to its unusual design. To avoid unnecessary bulk, the hinge has moved in from the very rear edge, and is instead inset by a tiny bit. It’s a design we’ve seen on a handful of laptops over the years, although usually on much larger systems. That hinge is aluminum, as is the laptop’s lid, while the bottom panel is carbon fiber. HP says the mix of materials serves to give the Spectre the right balance between weight and stiffness, especially in the lid. At 2.45 pounds, this isn’t close to being the lightest 13-inch laptop ever, but it’s still very easy to pick up and carry around. 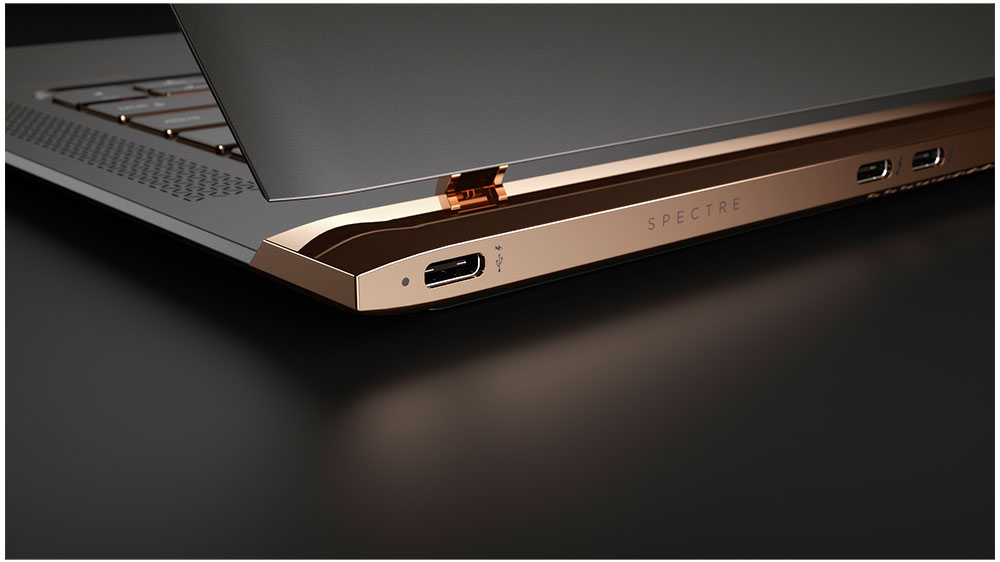 Inside the body, according to a deconstructed version of the system I was able to look at, a standard laptop battery is flattened down into multiple separate very thin cells, to fit across most of the bottom footprint. HP also uses smaller fans to pull air in and through the laptop, rather than exclusively pushing hot air out. It’s a version of a cooling scheme from Intel which it calls hyperbaric cooling.

Compared with other very thin, very light laptops, such as the 12-inch MacBook or Lenovo LaVie, the keyboard on the HP Spectre really stands out as excellent. The keys feel a little shallower than on a more full-size 13-inch laptop, but this is a standard island-style keyboard that won’t have the learning curve of something like the MacBook. 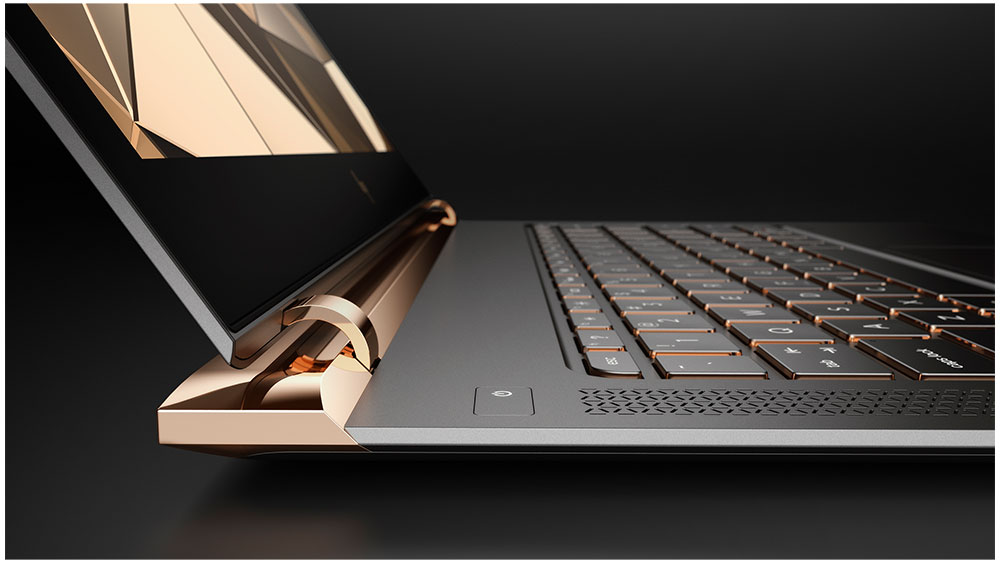 The only display option is a 1,920×1,080 full HD non-touch screen. Other slim laptops add higher resolutions and touch, and Windows 10 still really works best when you can combine a good touchpad with a touch screen. HP says it’s to keep the lid as thin as possible, which includes a Gorilla Glass top layer over the display. A legitimate calculation, no doubt, buy it’s also very tough to sell an ultra-premium laptop these days without touch (unless you’re Apple).

The biggest surprise is that this very slim laptop doesn’t rely on Intel’s lower-power Core M line of processors, as seen in products such as the 12-inch MacBook and Samsung Galaxy TabPro S. Instead, the Spectre will use current-gen mainstream Intel Core i5 and Core i7 CPUs, along with 8GB of RAM and a 512GB SSD.