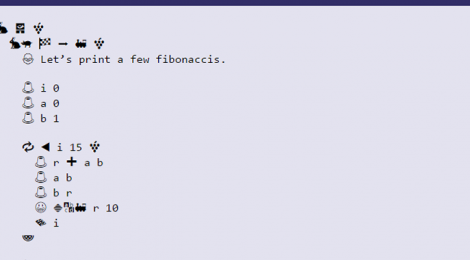 Emojicode is a delimiter-less, object orientated, imperative, high-level, hybrid language. Its language fix points and methods are emojis. Emojicode has a focus on integrating systems well, being Unicode compatible, and providing a stable and consistent interface.

Emojicode aims to be the first high-level programming language that uses Emojis to structure the program and its flow. 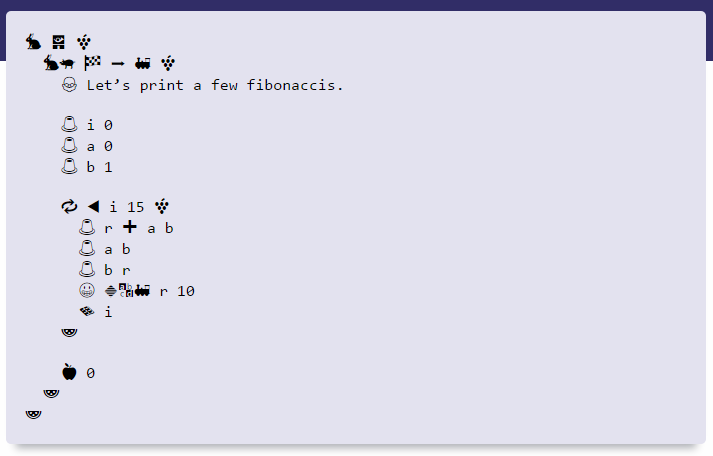 Emojicode has got all the awesome paradigms you love: Object-orientation, Optionals, Generics and Closures.

Emojicode binaries run on the so called Real-Time Engine which works across platforms. You can use it on OS X, Ubuntu, Debian, Raspbian…

The Emojicode Real-Time engine is not just a few times faster than common virtual machines, it’s just about 100 kilobytes.

Emojicode has got a ready-to-use package system to access every part of the system.

The Emojicode Compiler will only correctly compile files that are UTF8 encoded. All files given to the compiler are processed in the order of appearance into oneEmojicode Bytecode file. The order of the files can be important if for instance one file declares a type on which other files depend.

The Real-Time Engine was built to load and run bytecode files as quickly as possible. Therefore it does not perform any kind of error checking. Passing a malformed bytecode file to the engine can lead to a crash.