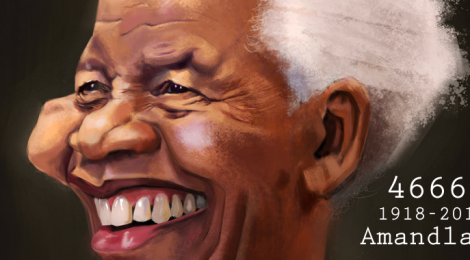 Today is a sad day for Africa. We have lost our most precious son, note that i have not used the words, ‘one of our….’ No! but I dare say Nelson Mandela aka Mandiba, was a father, husband, uncle, grand-dad, leader, states-man, philosopher, He was a doer , a man who walked the talk for real without too much crap. I first heard of this great icon during my primary school history class and we immediately clicked. I mean if i was with him over there in South Africa and fighting a rotten, rogue and corrupt system of governance, we would be brothers. His life’s story is  epic. His struggles and beliefs were so pronounced. Even after his incarceration at Robben island, was not enough to put down his spirit. Like a man, he was forged by the fires so intense that he emerged stronger 27 years later after prison to become the first non-white president of South Africa and give south Africans a chance and a shot to democracy.

I would not like to get into the politics of his everyday life but I know this, Africa will Never have a leader like Nelson Mandela! with the current trend in governance and political stupor from inebriation on power, we will surely never have a MANDIBA!

Sometime back i managed to get The Autobiography of Nelson Mandela , a book by Fatima Meer of which i would encourage every other African to read this book. There are Many Autobiographies written for this great master but Fatima Meer’s account is exact and truly tangible.

I thank God for the life of this great man, and i believe that as the world today mourn his passing on, we will remember what he stood for.

What do you think He stood For?