Menu
Browse: Home   /   Regional integration is a must for Africa 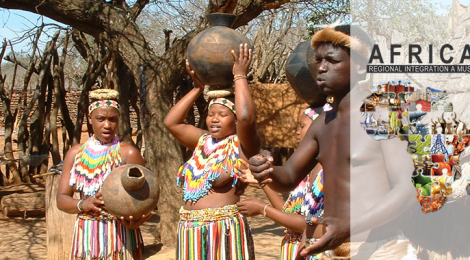 Regional integration is a must for Africa

Peter Kivuti / May 12, 2013 / Comments Off on Regional integration is a must for Africa / AFRICA

Throughout the post-war period, international trade has proven to be a key driver of growth for many countries, in particular for small economies. Although Africa has been growing at unprecedented rates over the past decade, the continent’s international trade remains low, pointing to an important source of growth that remains unexploited.

This is very different from the path of Asia: trade in this region more than doubled between 1995 and 2010 whereas trade in sub-Saharan Africa has largely stalled at a mere 2% of world total. And despite efforts aimed at diversifying the export base, African exports remain highly focused on commodities – they account for over half of sub-Saharan exports compared to just about 10% for Asia and advanced economies.

The Asian success story holds an additional lesson for Africa. By fostering regional integration, Asia was able to create regional value chains and thus become more efficient. This in turn enabled the region to become a key player in global value chains, which today increasingly characterize world trade (close to 30% of world trade is undertaken through cross border value chains, which is also the average for developing Asia). 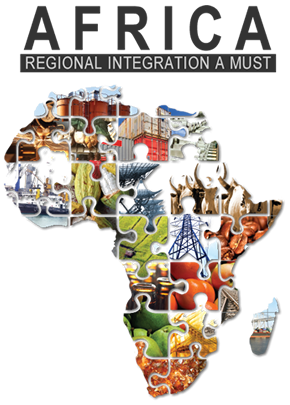 Yet, Africa’s history of trade integration is fraught with difficulties and setbacks. Despite numerous commitments to create integration zones, the continent continues to register the lowest percentage of trade within the region worldwide – a mere 12% cent of total exports take place within Africa, compared with 25% in ASEAN and over 60% in the European Union. This is largely a result of a mix of trade policies that have been heavily focused on gaining access to developed economies and regional integration efforts that were not fully implemented.

For Africa the potential gains from increased regional integration are particularly substantial: 54 economies of Africa – of which almost half register a population of less than 10 million and more than a third being landlocked – make the continent the most fragmented region in the world. In addition, more than a third of African economies are landlocked.

How can the continent realize these gains to boost growth and put itself on a sustained and inclusive growth path?

The World Economic Forum’s Africa Competitiveness Report 2013 sheds light on the key barriers that prevent Africa from reaping the full benefits of international trade, and hence increased regional integration. While market access is relatively open and the regulatory environment conducive to trade in comparison with other regions (regional differences between East, Southern and West Africa, however, remain) our data shows that the continent suffers severely from inefficient border administration and a lack of adequate infrastructure, both in transport and information and communication technologies (ICTs).

Particularly, import and export procedures present the area where the data points to the largest differences across the continent (Mauritius ranks 29th compared with Chad at 132nd place). This is also the area where especially landlocked economies underperform the sub-Saharan average by a wide margin.

The benefits of customs reform are, however, considerable. In addition to speeding up the clearance process at the border, more efficient customs contribute to a better collection of tariff and tax revenues, more formal cross-border trading activity and lower levels of corruption. Promising efforts towards reforming customs administrations have been undertaken in recent years. IT-based systems, such as the automated System for Customs Data (ASYCUDA), have been implemented in over 40 African countries, which have proven successful and are relatively easier to implement. Yet, they also require efforts to scale up ICT infrastructure, an area where the continent is widely trailing behind.

In terms of sequencing, simplifying import-export procedures is a relatively quick way to reap benefits quickly, while physical infrastructure is being updated. Our data further shows that access to finance and identifying potential markets and buyers are considered the most important bottlenecks to exporting across Africa. This suggests that further developing the financial services sector would be beneficial for trade.

The importance of regional integration is being felt across the continent, as evidenced by African leaders now calling for a free trade area by 2017. Nevertheless, it still takes almost twice as long to trade across borders in sub-Saharan Africa compared with other regions, such as Latin America and the Caribbean and South-East Asia. Thus, much remains to be done to fully reap the benefits of regional integration for Africa.

Author: Caroline Ko is Junior Economist at The Global Competitiveness and Benchmarking Network